My take on the Portable Wargame

Having seem what Little John is doing on the Lead Garden Blog with his Portable Wargame (PW) I thought I would have a go as well. I am reusing, where possible, figures and terrain I already have down in my Wargame basement.


The board is a piece of MDF painted green and was a proto type for my later smaller OS boards.  I have used a 60mm square for the grid. The figures in the first series of photos show B and B miniatures 20mm Franco Prussian French and Bavarian.  I think 20mm is a nice size of figure for the PW.

My 6 year old son has shown an interest in the game (he is already into Battle Cry - the board game) and with the rules being simple I think this is a good way to start him off on miniatures gaming before I get in going on Charge with 40mm PA collection. 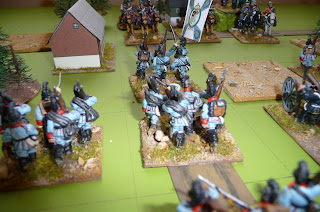 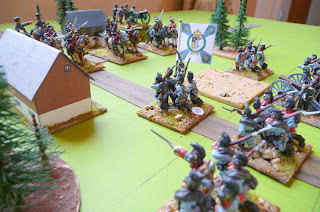 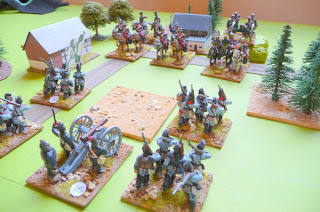 Fast forward 44 years and it is now the British and Germans fighting it over the same terrain.  These are Britannia Miniatures. 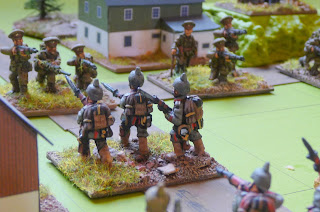 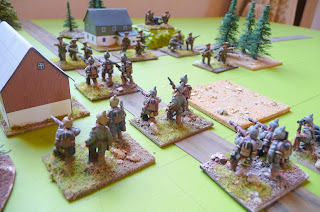 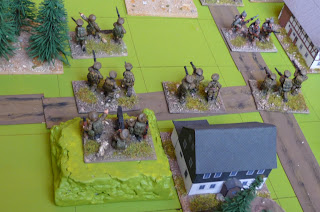 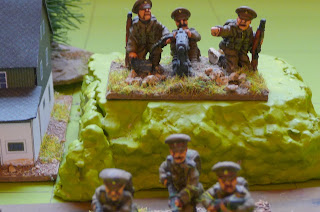 I'm digging out older 20mm WWI figures on the strength of your game....my wife thinks I'm loosing my mind!...so everything is good!

Great stuff, you have given me inspiration to do my own with britannia ww1 and 10mm terrain, any chance of some more photos of your great looking early ww1, cheers and all the best
ps one of your ww1 photos graces my desktop hope you dont mind :)