Action at Erikssonville (Set Up)

I have set up my first game on my newly painted table.  The River Holger flows along much of the frontier between The Duchy of Calvados and the Electorate of Fustenberg-Lederhosen. It is a fast flowing river and is difficult to cross except at a few bridges and fords.
The small village of Erikssonville is one of the smaller bridges across the river but is a vital passage and has seen many an invader cross into the Electorate via this route.  Whilst the river is deep a little further up and downstream the river is also fordable care.
The Calvadorian forces are keen to break the frontier and use the bridge to bring its heavy guns and stores across into the Electorate to build a magazine and supply depot ready for a further advance into the late spring.
The Elector Maximillian aware of this risk has posted some of his small army to contest the crossing.
The scenario is loosely based on the the Bridgehead teaser form the excellent Raid on St Michel by Messrs Grant and Olley - available from only the finest purveyors of war game paraphernalia
Here are some photos of the initial set up. I will be using the War Game for this game. My son Max wants to join in and I hope to play the game when I return from a holiday in the Duchy of Calvados no less. 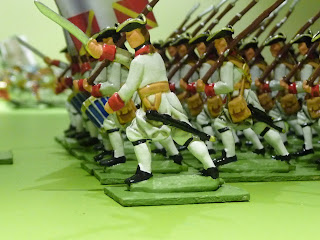 The Livarot in close column. Standards to the fore and drums beating. 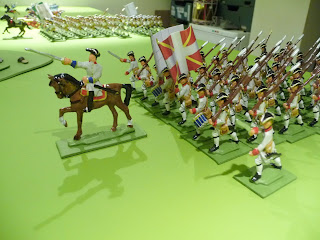 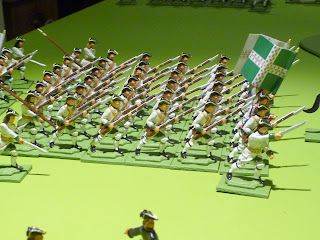 The Royal Boursin in Column﻿ 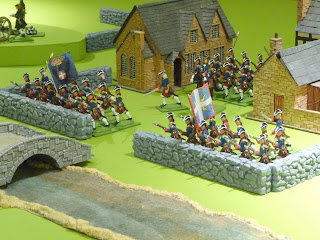 The village of Erikssonville bristling with the bayonets of the Sbrinz ready to defend the Bridge. 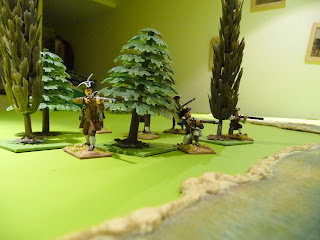 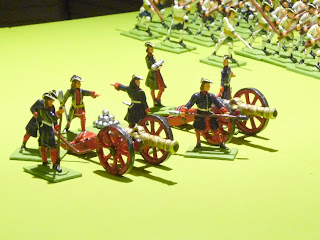 The Ille Flottante Heavy Artillery take up their position ready to support the attack. 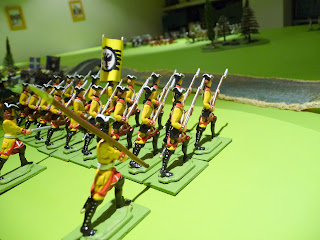 The newly recruited Liebgarden defend the hill south of the town. 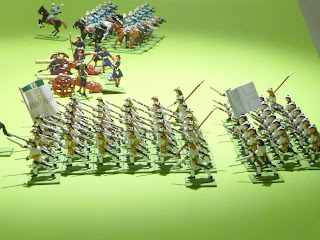 Supporting the Roysal Boursin are the Grenadiers de Calvados and in the distance the Bechemal Hussars.
One unit not seen in the photos is the Dolcelatte Heavy Cavalry which is hastening to the action in support of the Electoral forces.
Posted by Mark Dudley at 13:42 6 comments: 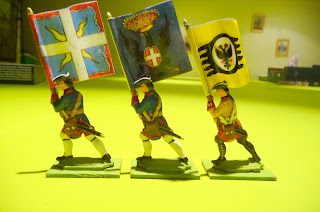 Here are the standards of the Electorate of Furstenberg-Lederhosen. Each on my units has 2 flags. The first 2 are the Sbrinz whilst the last one is the Leibgarden. 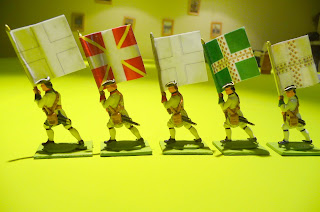 And here are the Duchy of Calvados standards. The first is the Colonels colour for the Pont L'Eveque (although I a may name this unit Coutance as this the French town in Normandy twinned with  Ilkley). We then have the 2 colours of the Livarot and finally the those of the Royal Boursin.
Posted by Mark Dudley at 07:49 3 comments:

I had a couple of games of Command and Colors on Friday - Battle of Vimeiro. This got me thinking
of knocking up some counters for some Old School Gaming. I copied some top down images and quickly created  some samples. Here is a full Infantry unit for the War game including the central
command stand. 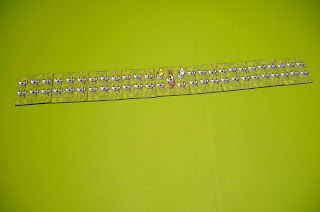 A slightly closer look at the unit. Perhaps Mollwitz is doable after all??? 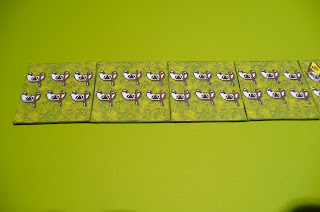 It you fancy a go then open and copy these files. I use paint to edit and print. All I need is to make some paper terrain and I have a nice easy to carry light weight game. 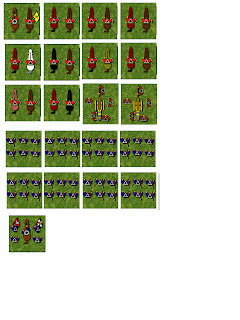 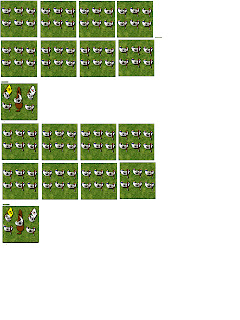 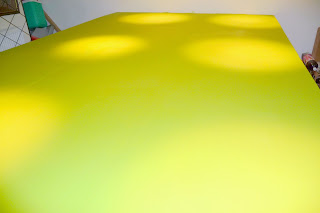 Well I have finally taken the plunge and painted my 10 by 6 table a nice Old School Green. I used Dulux paint- Tarragon Glory No 2. The table has a clean feel and I am pleased with the colour.  I am looking forward to setting up a game and giving the table a good christening.