Back in August 1969 I bought my first Wargame Magazine - Miniature Warfare - for the princely sum of 3/6.

At the time 20mm was the smallest figures you could get. I dont think Peter Laing 15mm when then available.

This did not stop intrepid Wargamers experimenting with smaller scales. 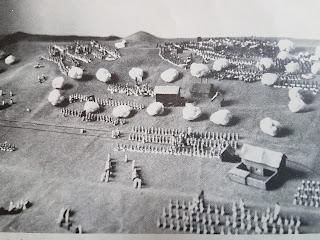 In the magazine was an article on using screws to game with.  What is even more surprising is that they were used individually and not even based multiplly on  stands. 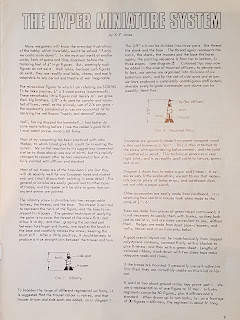 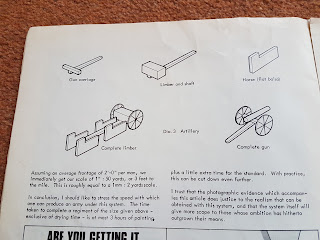 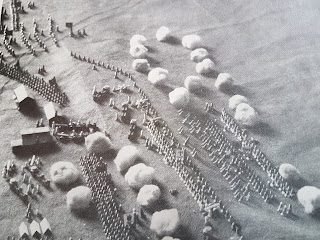 I wonder if anyone actually tried this at the time.

From the Archives and a small competition

I have been delving through my old Miniature Warfare magazines and found a few more interesting classic photos.

Firstly a nicely posed scene with Napoleon watching Marshal Ney leading his troops on the way Waterloo. No doubt his is still muttering under his breath someting about the reserves he had been promised at Quartre Bras. I rather like this. 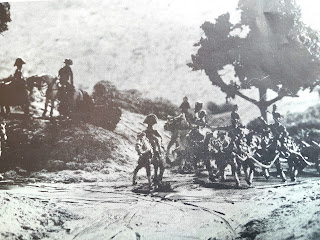 Some Prussian Artillery manning what looms like a Hinchcliffe French 12lb artillery piece. 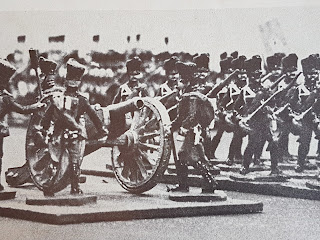 Two pictures of a large game between French and Swedes. The French are Hintons. The Swedes are harder to make out. 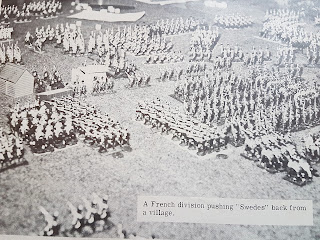 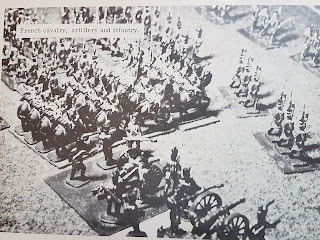 I used to have one if these cardboard Elizabethan houses in the 70s. I know you can still get them but they were a challenge to build then and I am sure they will be just as difficult if I tried building one today.

The figures look to be Hinton Young Guard. Although the standard bearer is a converted Airfix ACW figure. 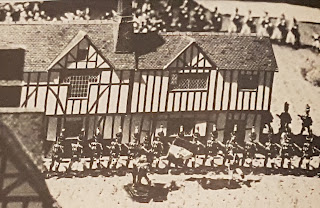 And finally the competition.

I have a spare recast Alberken Murat figure as a free prize. 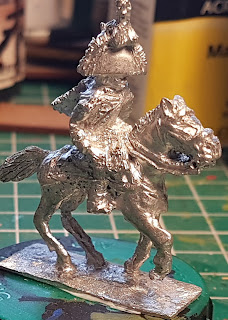 I was recently in London and I visited a location of one of my favourite hobby shops in the late 60s/early 70s. This is what the shop looks like today.

So all you have to do is guess the name of the shop and send me an email. Which can be found in my blogger details 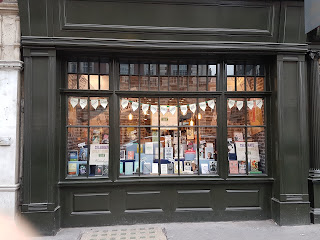 The competition closes at 18:00 on Sunday 15th. If there is more than one successful entry I will draw a winner.

I have dipped and cleaned up the  next batch of figures ready for the painting table.

First up a vintage Napoleon.  When I was a callow youth I had a Minifig S Range Napoleon and I am looking forward to painting him. 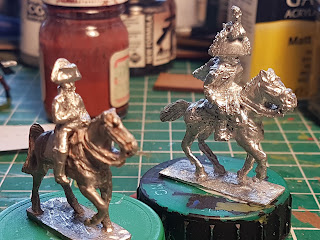 Next to him is a rather flamboyant Alberken recast of Murat. He will need a suitably exotic uniform to bring him to life. 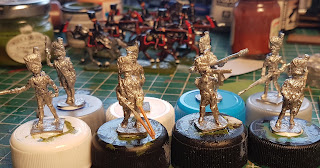 I have also got some Old Guard gunners ready to go.  Three are Alberken figures with the remaining ones are Hintons which I bought from Camden Passage.

I had to do a bit if repair to the gunner with the hand spike.  It was miscast when I got the figure from Hinton Hunt. I used the plastic brush from an old broom and super glue and pva to effect the repair.  This drys rock solid and far stronger then super glue on its own.