I made up a couple of Blucher movement bases for my old 15mm Napoleonics over the last few days.
My infantry are on 20 by 25mm bases so I made a 50mm square out of art mounting board. Bases will be attached with Blue/White tack. 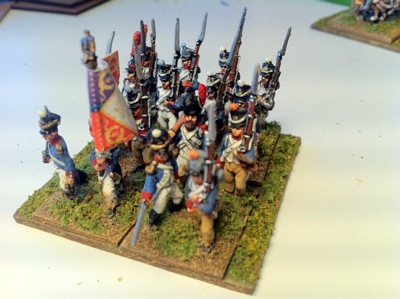 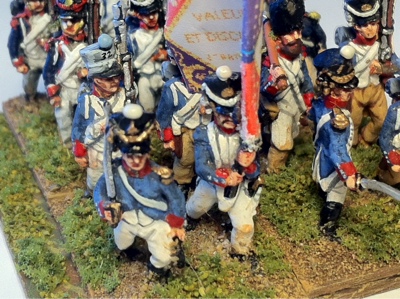 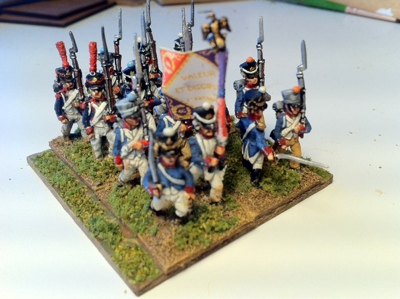 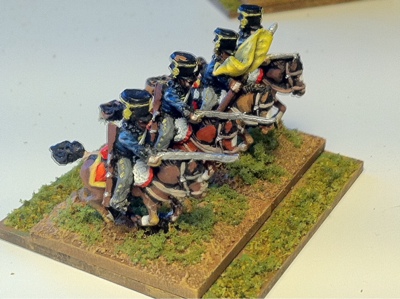 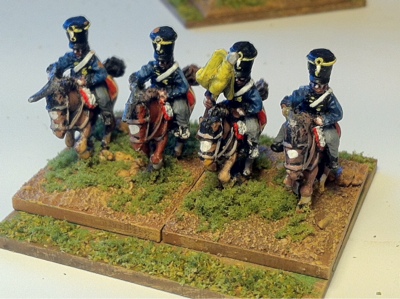 Going to get a few done so I can play a game with Max soon.
Posted by Mark Dudley at 10:52 1 comment:

This weekend my son Max and I ventured over to Kens for a  game of Blucher using 28mm figures.
I had only played Blucher once and my fellow Russians (Max and James) had never played the rules. The French players (Mark, Tim and Ian) had played a few more games. 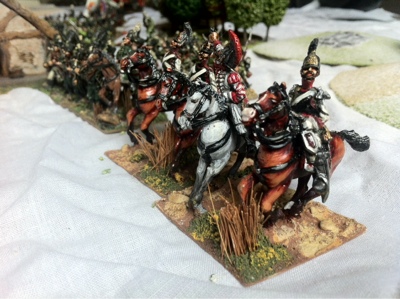 We opened with a general bombardment initially targeting the French artillery  and then Eylau and the cemetery. 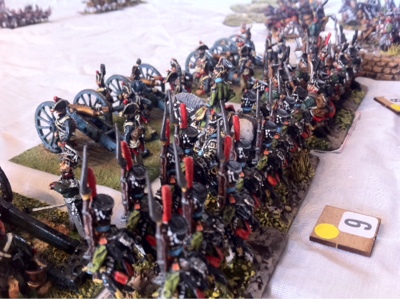 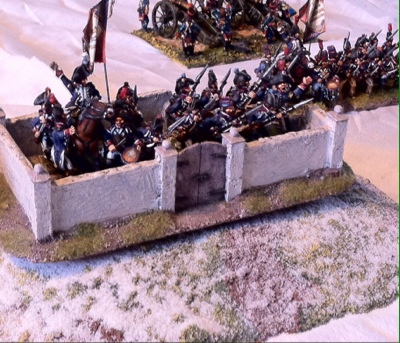 The French defenders of the cemetery take horrendous loses. 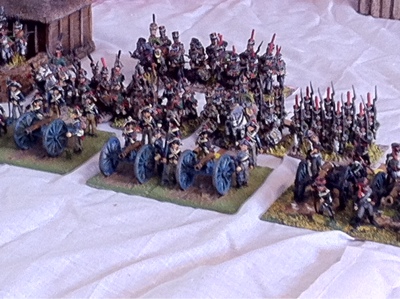 The Russian Artillery continue to fire as the Russians launch their attack against Eylau. 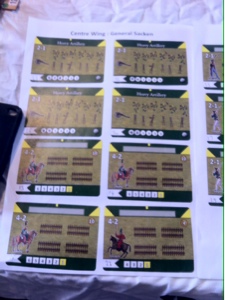 Ken had produced roster sheets using photocopies of the cards. Each unit (brigade) had a number assigned and this , together with the corps colour code, were placed on small mdf squares next to the unit. This worked well. 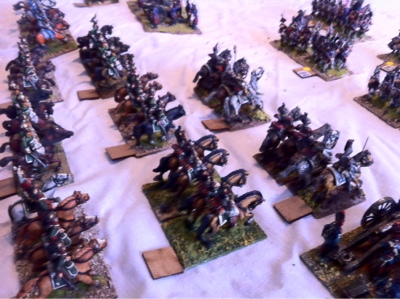 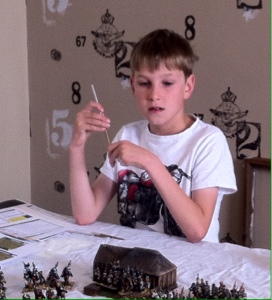 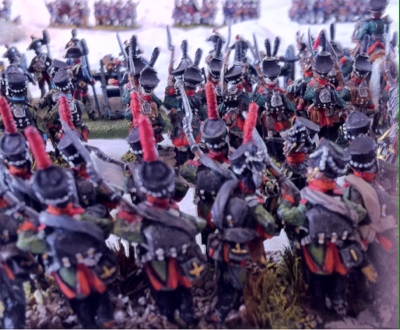 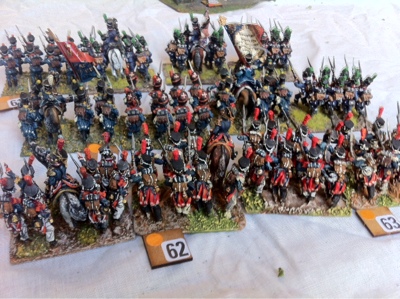 Davouts Corps arrives on the Russian left wing.  This attack gained ground capturing Serpallen. We committed some of our infantry reserves and recaptured  the village putting the French to the sword. 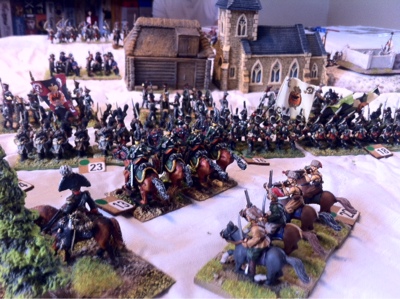 In the centre our attack was able to capture the cemetery and to hold it against a counter attack by the Imperial Guard. 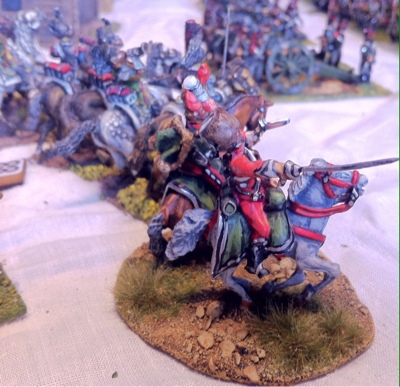 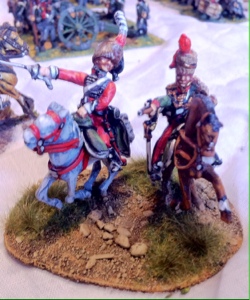 The French counter attack with cavalry lead by Murat himself. We are able to hold them and with night fall approaching we are able to get a foothold in Eylau itself.
Our loses have been high. The Frenck launch a final attack with their reserve cavalry which is able to overthrow some Ruusian artillery. We have reached our morale break point and concede the battle.
Overall I enjoyed the game and the rules worked well. When I got home I dug out my old 15mm figures.  Max says he wants to have a game. Expect some Blucher games in the near future.
Posted by Mark Dudley at 02:54 1 comment: