Last game of the year

My younger brother Matthew is visiting for New Years Eve with his wife. As the wives and children were out we decided to have a SYW game using my 6mm collection. 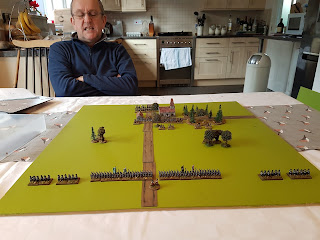 Matthew was my regular opponent when we were kids and this was our first game in some 20 years.  I commanded the Prussians and had the simple objective of capturing the village of Ilklewitz. It was to prove a tough nut to cracking. 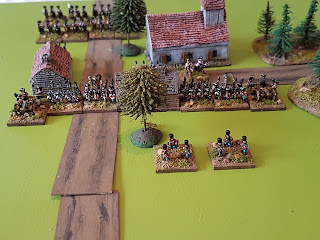 The Austrians deployed their artillery and infantry in the village.  The Grenz were on the Austrian left with their Cuirassier in reserve. 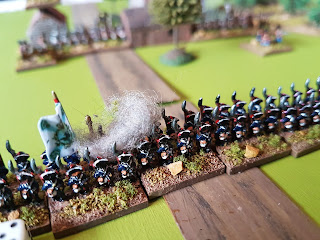 Without any artillery to support the attack I decided to launch my infantry and close as quickly as possible with the defenders in the village. 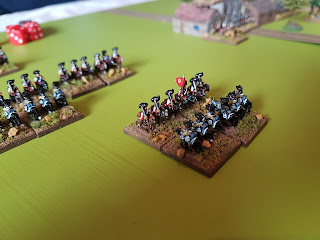 My cuirassier on my right also took the initiative and charged their opposite numbers. One of my squadrons catches an Austrian squadron at the halt. 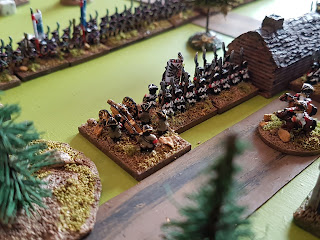 My infantry are able to close to musketry range before the Austrian artillery cause any casualties. Both pieces missed with their two first shots. 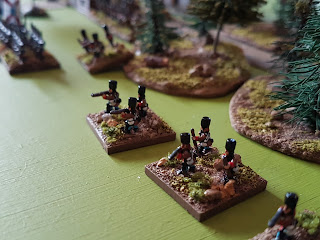 The Grenz finding no opposition in front of them deploy out of the woods. 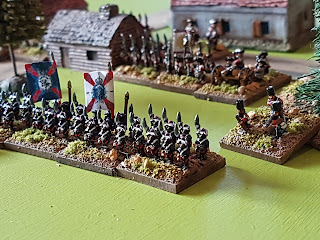 My Infantry advance to close range before opening fire against the Austrian artillery and infantry. This initial volley proved to be less effective than I had hoped. It was not helped when 2 of my volleys cause 7 hits against an Austrian 6 figure volley unit only for one figure to be hit 6 times. 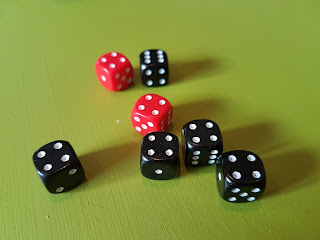 Undeterred one of my infantry unit, despite losing its CO, charges into the village. It was to prove the Prussian high water mark. 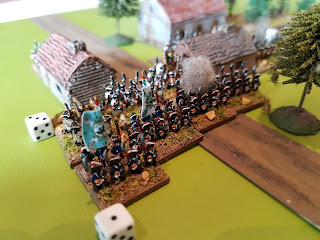 My second battalion however does not receive the order to charge and with the Grenz now on their flank and causing more loses reach 50% casualties and forced to withdraw. 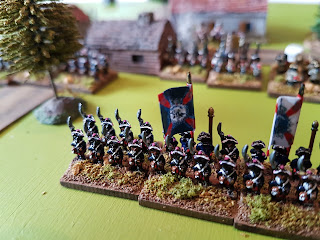 The battered Prussians realise the game is up and concede.

We used the War Game rules with some house amendments and substituted cms for inches.

I have finished a few more Austrian 6mm figures over the Christmas break. 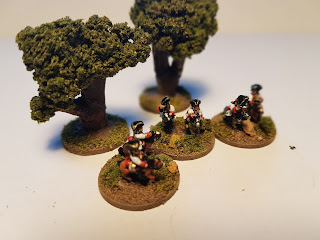 A closer look. I used one pence pieces for both the command stands and trees. 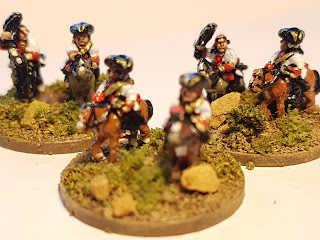 I am planning a small game with my son Max in the next few days and I only have one Austrian Infantry unit painted up. So I decided  to add a couple of companies of Slavonisch-Peterwardeiner Grenzer. 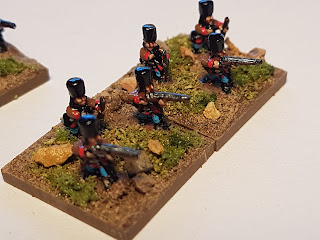 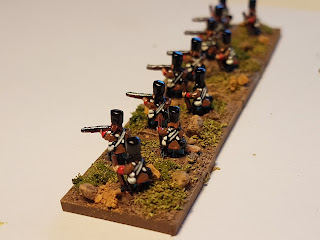 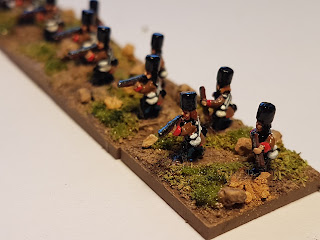 Enough for a small game using the War Game rules.
Posted by Mark Dudley at 04:39 5 comments:

I finished some Baccus 6mm Austrian Artillery today.  I am using 2 bases per battery for the War Game. 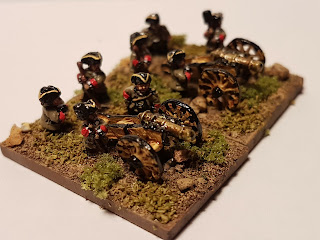 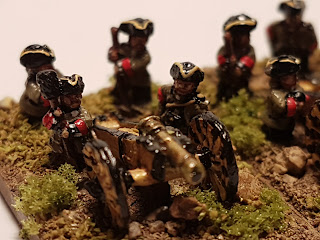 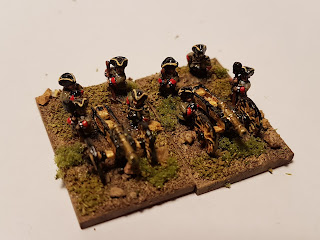 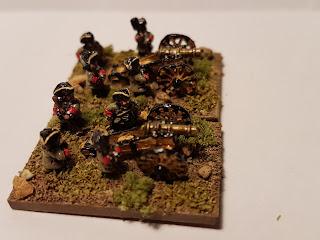 In addition to Field Artillery I intend to add a battalion gun and 2 crew to each of my 48 figure regiments.