As my Prince August forces continue to grow I am considering the implications of single based figures. I do not intend to go for multi basing as these figures will be used by my son and I. Kids like the idea of single figures and he also gets to play with these as Toys - lining them up and knocking then over.

I had considered going down the magnetic base route using steel bases and magnetic strip on bases but decided that this was a costly method. 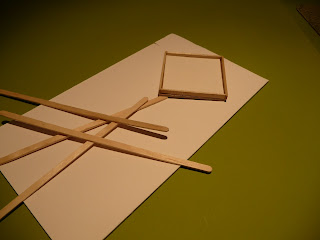 I sized the tray and extra 5mm front and side than the my base size, which is 20 by 30mm for infantry and 20 by 60mm for cavalry, and quickly stuck them together with lashings of PVA glue. 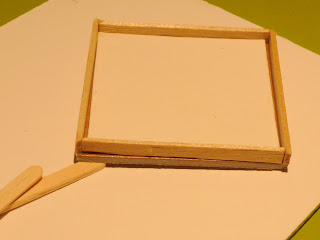 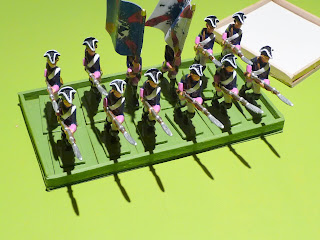 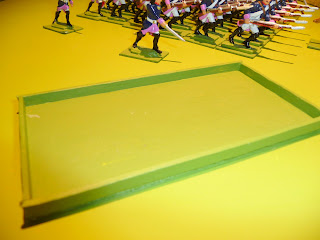 A new Regiment has been added to the Elecorate of Furstenberg-Lederhosen orders of battle.

The Regiment Hock has a distinctly Germanic cut and appearance. It has yet to see action but will be among the ranks of the Prussian forces for our upcoming Chotusitz game at Triples in Sheffield next month. In all we  will now have over 1200 Prince August figures on the table for the game. 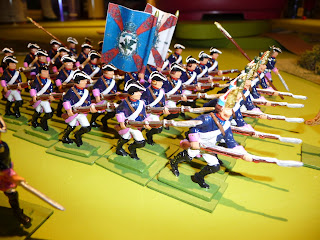 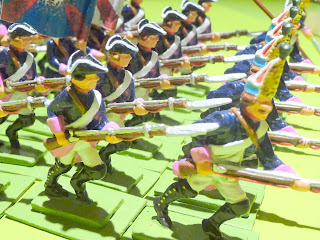 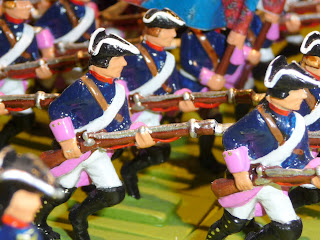 I recently had the pleasure of a game with Steve Metheringham and friends as part of the preparation for our big game at Triples in May. We have decided to put on Chotusitz rather than Fontenoy at the show

So we quickly set up a game to run through the rules and make sure we were happy with how we going to run the game.  We of course now have the new updated version of the War Game rules and we will be using these.

We have not yet finalised the orders of battle but we are looking to field 20 or so Infantry regiments and 9 cavalry units plus a few Light infantry units. We are probably going to give the Prussians some Light Infantry even though they did not have any at the battle.

Here are some photos of the game we played, with about half the numbers of units we will be using, to give you a feel of what it will look like. The terrain boards on the day will be using my green old school terrain  and the table will be 12 by 6 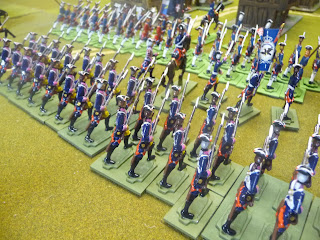 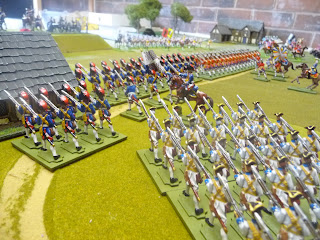 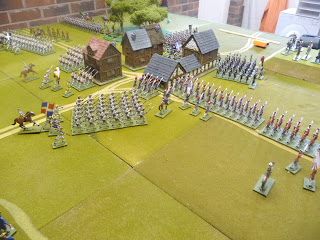 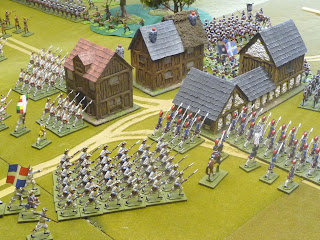 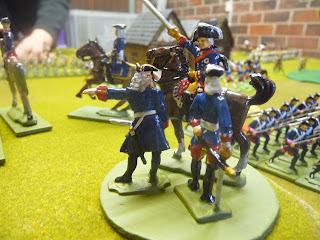 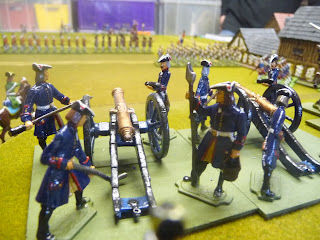 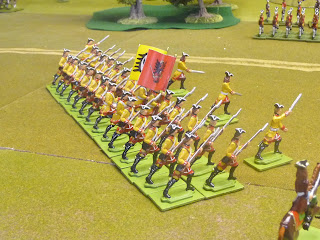 The new version of the War Game Rules dropped through my post box yesterday. I had to wait until last night before I got a chance to scan through the rules. Charles S Grant has produced and updated set of  these classic rules and has clarified a number of points and made these rules more accessible and easier to use.  The rules are clearly written with sumptuous photographs.

The Rules I noticed clarified include:-

The rules are available from Ken Trotman and are a must have for any Old School gamer as well as anyone  who wants a good set of rules to start 18th Century gaming.