Napoleonics was one of the first periods I gamed along with the ACW.
Today I visited Graham in Otley who kindly returned some figures I gave him a dozen years ago.  Inside the box were some of oldest figures dating from early 70s.  The paint job and basing is interesting to say the least.

There were minifig 25mm figures but also 56 original Hinton Hunt figures I bought from their shop in Camden Passage in Islington. 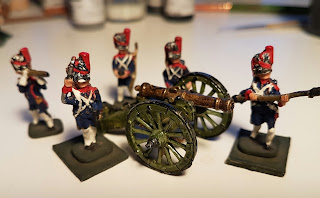 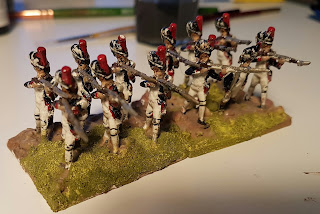 Old Guard Grenadiers. I had originally organised my units as 20 figures and 2 officers so was clearly influenced by Don Featherstone organisations from War Games. The rest of this unit and the Austro-Hungarians below I sold a few years ago. 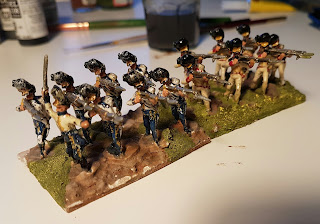 Hungarian Grenadiers although some have been painted as Austrians.

A Hungarian Infantry unit including a mounted officer. 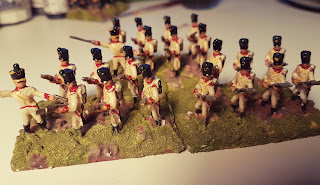 And finally a unit of French minifigs 20mm painted as Austrians. I bought these from BMW Models in Haydons Rd in Wimbledon. Just down the road from Plough Lane the original home of my football Wimbledon.

Well having looked at these figures I am sure  I could sell the HH ones however I think I am going to strip and repaint them.

I wonder if any of the modern 20mm ranges will fit in with them. I know John Cunningham does a few recast HH figures amd Douglas figures but what I need is Cavalry.  I do have minifig 25mm Cavalry so perhaps, just as I did as a youngster, I could use both 20mm and early minifig 25mm figures together.

I was in my shed yesterday and came across a box. I wondered what is on it. On opening I found it contained some of my old Napoleonic figures.  I had collected these circa 1972 or thereabouts. In all there are about 60 Infantry and 30 cavalry figures plus a few gunners. There are mostly Minifigs.

I dug out these 2 Minifig Austrian Jaeger. 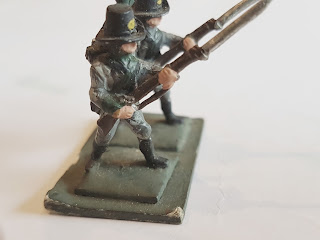 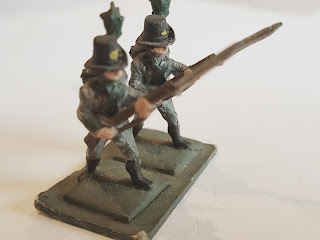 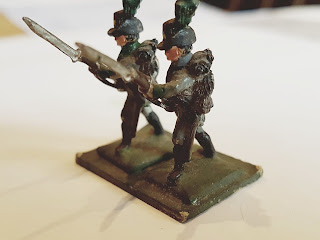 I think I will do a bit of paint renovation on these 2 figures and see how they come out.

I painted these figures a while back but did not finish them. However inspired by the iconic images on the Hinton Spieler - blog http://thehintonspieler.blogspot.co.uk - I thought I would finish and base them up.

These are painted as Hessian types and will be used for my Electorate of Furstenburg-Lederhosen forces. There opponents will be the imperial troops of Maxony. 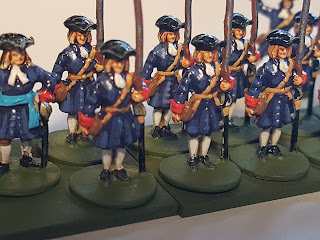 Gloss finished and based on mdf painted with humbrol green (no 80). 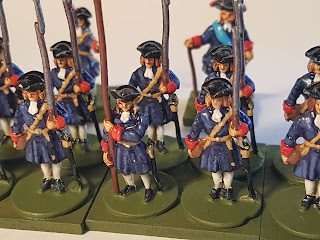 I have enough infantry to paint another unit and some cavalry for a couple of squadrons.
Posted by Mark Dudley at 05:11 9 comments: