Since I started my small Hinton Hunt project I have been contacted and spoken to other HH collectors and wargamers.

In the last couple of weeks I have received a couple of packages containing some spare figures.

The first package included 9 Grenadiers to and will allow me to form a full 24 figure unit. 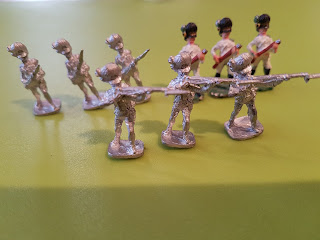 3 of the figures are Austrians so will need a little conversion and suitable paint job. They will also need broken muskets replaced. The firing figure is a very nice sculpt and will fit in nicely with my original figures. 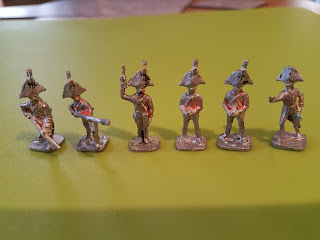 Firstly 6 Austrians gunners. All I need now is find a suitable artillery piece. 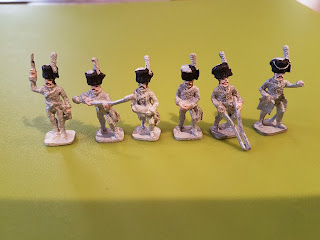 The parcel also contained 6 French Guard artillerymen. These are very nice figures. I particularly like the officer figure (FN180) 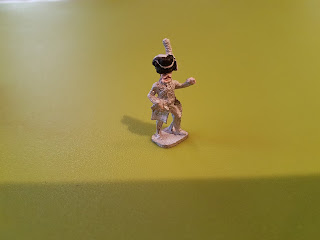 And finally a horse. Not any old horse. My Napoleon now has his Marengo. 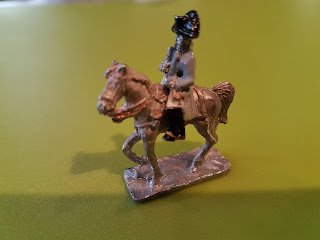 Thanks guys for your generosity.

I have almost finished my french cavalry squadron representing the elite sdn of the 8th Hussars. They just need second coat of gloss varnish and humbol grass green on the bases. 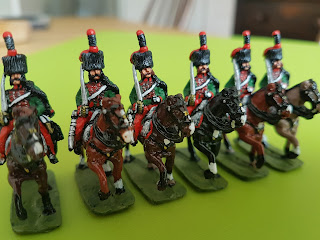 The figures are from John Cunninghams recast range and have painted up nicely. 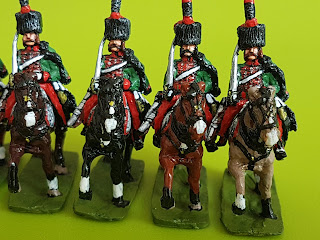 I have decided to use this basing as it works well if I use Charge having infantry and cavalry on the same frontage. 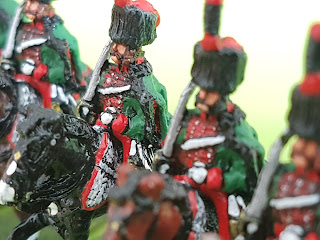 So having painted Hungarians and Hussars I am going to paint some Minifig 20mm French Infantry. Hopefully these will be easier as the uniforms are less complex. 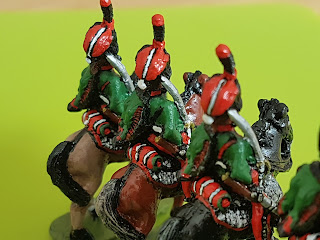 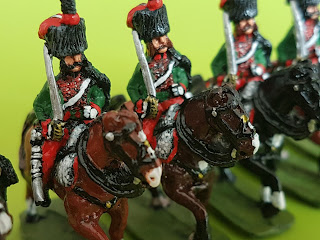