This afternoon I set up a quick DB SYW game using my small 6mm collection. The game looks a bit like Lobositz and featured the Prussians attacking the Austrians.  3 Austrian Infantry and 2 Cavalry behind the Morellenbach stream had to roll equal or less than the turn number on a D6 before they could cross the stream. The onus was on the Prussians to strike quickly whilst they have the numerical advantage.

The Prussians deployed ready to advance.

The Prussian advance into the valley as they attack the Austrian Grenz on the Losbosch to protect their flanks.

The Austrians roll a 2 on the second turn releasing the forces behind the Morellenbach stream. The Prussians are up against it so launch their cavalry into the attack. 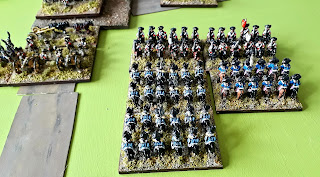 The Cavalry melee is initially successful however the Prussian Dragoons are driven back and are ultimately destroyed.

The Austrian commander supports his Cuirassiers who counter attack and drive off and destroy the Prussians cavalry.

As the cavalry battle continues the Prussian Infantry advance and engage the Austrians in front of Lobositz.

The Prussian infantry are a tough nut to crack as they destroy an Infantry and Artillery unit. However Prussian loses are mounting and the victorious Austrian cavalry are now attacking the Prussian Infantry in support of the remaining Austrian Grenadier unit. The Prussians loses are now reach 50% and the game is up.

Fun game done and dusted in an hour.

Since my last post I gave decided to go with slightly smaller 40 by 30mm bases for these 6mm chaps.

I have now completed enough figures for a small game of DBSYW.  All figures are from the Baccus range.

First up the Austrians. 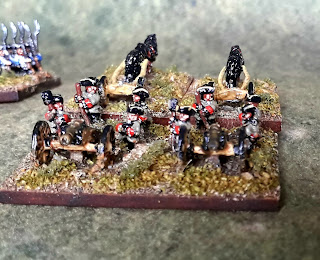 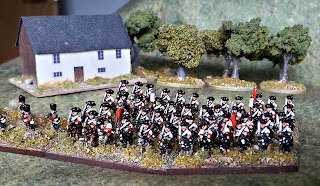 The Prussians include Kleist Jager as I had spare Austrian Grenzer figures. 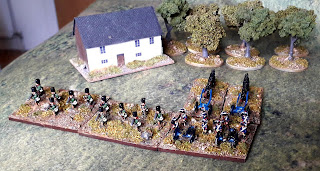 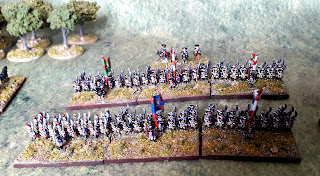 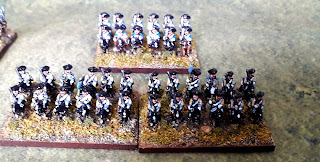 I have also got some more unpainted figures and I will be adding extra units over the coming months.