Over on the Hinton Spieler blog Matt has been showcasing his new Battalion, of rather nice French Infantry, using Garrison miniatures.

The Garrison figure pose is a classic used by many of the figure makers of the time. In all I have 4 different Fusiliers in a similar pose in my lead pile. 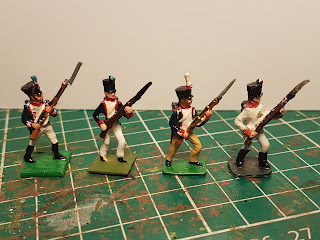 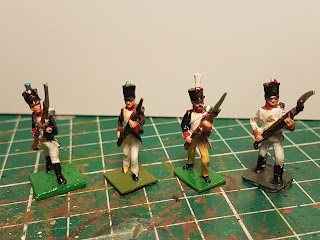 The Alberken  and Hinton figure are stylistically similar. The Alberken was I understand designed by Peter Gilder and does appear rather similar to the HH one.

I think they are close enough that I may even mix Alberken elites with HH Fusiliers in the same unit. Is this sacrilege ?

Of the 4 figures the Les Higgins figure has the crisper detail but, as is common with this range, has a rather wooden demeanour.  I have enough Higgins figures to make a couple of French units in the lead pile. 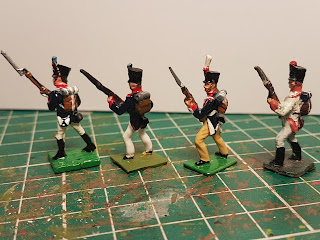 The Garrison figure has one difference in that he his advancing with his weight on the left leg. His body is moving forwards whilst the other figures seem to be in a more defencive posture.

Does this make the Garrison figure more Gallic?

I  am currently painting a French Alberken unit and hope to have the first figures finished for the New Year.

Following the comment by LG I have added a few more photos of the FN5 figure.  The underside of the base has the HH code. 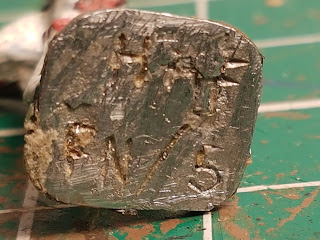 I have compared the figure with another FN5. They look similar but. 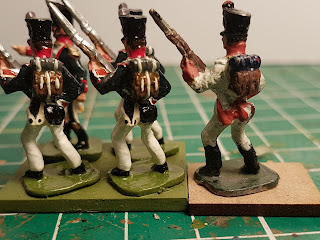 The pose is different with the head position and shako size shown up below. 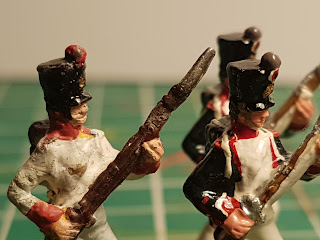 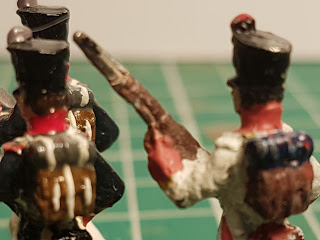 So its the figure in white a Hinton Hunt ?

As I intend to mix them with Alberken/minifigs in a unit the answer to that question is perhaps not important.
Posted by Mark Dudley at 02:40 5 comments:

Musket and Marshals needs quiet a few officer figures to lead the troops to victory. 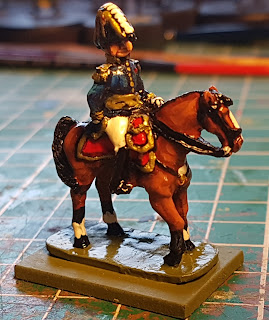 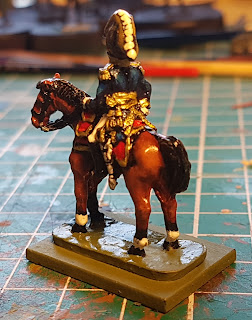 This is a very nice casting and had very little flash to clean.

I have not yet given him a name but no doubt something will come to mind. 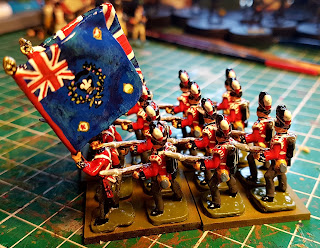 The cast on flags were tricky to paint but seem to have come out ok. 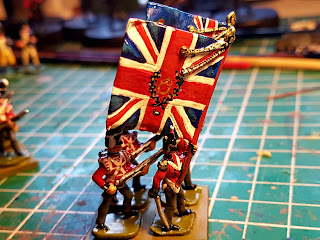 I have tried to match these newly painted  figures (on the left) with the renovated ones I picked up at Oxfam on the right. 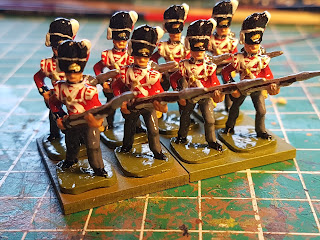