My recent games of the War Game has got a couple of  the other Lads interested in adapting them for the American War of Independence. So we have decided to put together some 40mm armies based on the Battle of Cowpens.
Well I was happy with this choice as I already had some 40mm AWI figures in 'stock'. My units will be  organised with 24 figures and 4 officers types. I am currently drafting out rule amendments for the War Game

My first unit is a Continental Line using Sash and Sabre figures.  This unit is a fairly well dressed with a mixture of clothing and the odd new recruit still in civvies and armed with muskets and no bayonets. 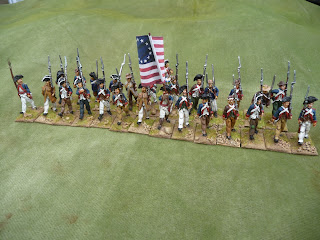 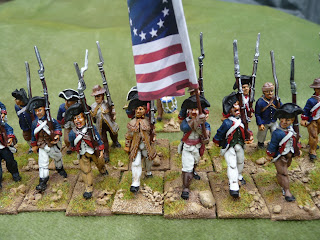 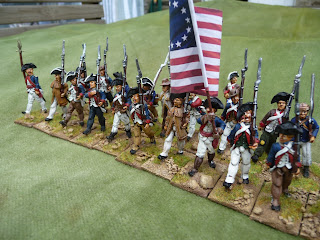 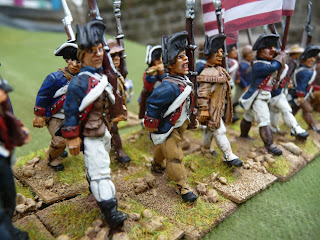 The second unit is a militia unit and I have used Frank Rank figures for this one. 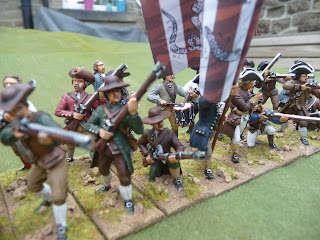 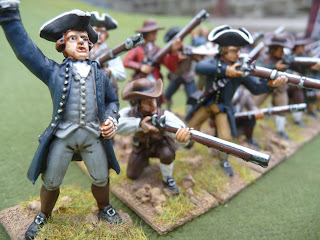 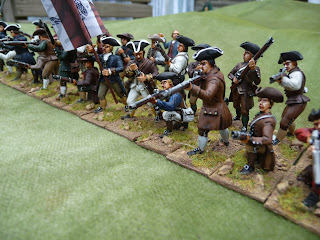 The other night the Ilkley Old Schoolers decamped to chez Tims for an Ancients game.  The game was based upon he Donald Featherstones classic battle- Trimsos - from his book Wargame. We used form the book rules as written with only one minor change.  Before a player moved the opposition pulled a tile from a bag. These were numbered 2 to 5 and the tile was placed on the table with the back to the moving player so they did not know how many moves they had.. When the moving  player had moved a number of units equal to the number on the tile his move was over.  As the moving player was unaware of how moves he had this added a nice level of uncertainty over the proceeding and worked well in the game. 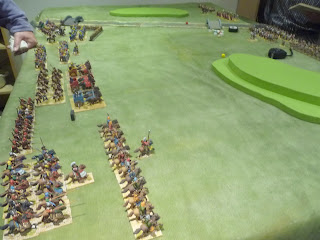 The set up - A green cloth and MDF hills. Persian and Greek figures are all from Tims collection 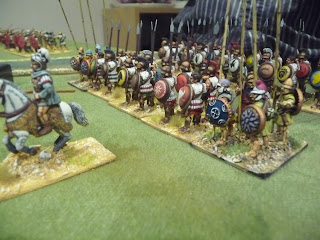 Greek pikemen - we treated these as heavy armoured and spear armed in the rules. 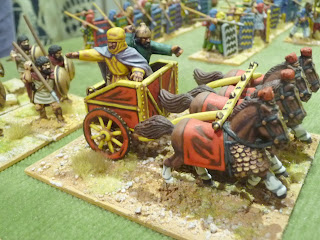 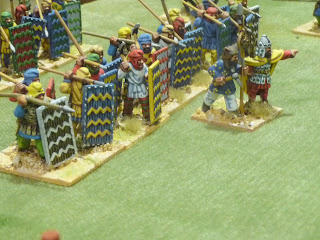 Persians - In all the Persians had 3 chariots rather then the elephants from the original. We treated each infantry base as having 4 figures regardless of the number of figures on it 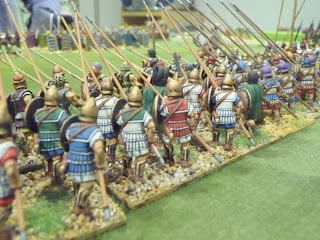 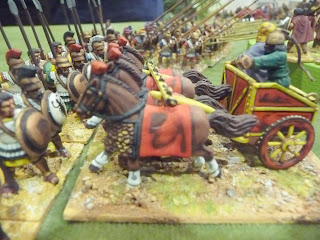 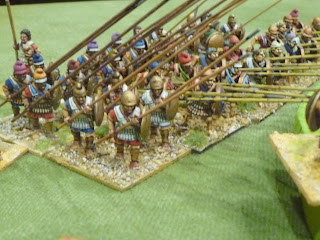 The game was played with 3 players on the Persians side and 2 on the Greeks.  The moving system described above worked very well as neither side never had enough move to do everything. As a result the fighting flared up across the table rather then have on almighty advance.
Posted by Mark Dudley at 02:24 3 comments: