I have started the renovation on the first of my 12 Hinton Hunt figures and I thought I would share some images of the progress. 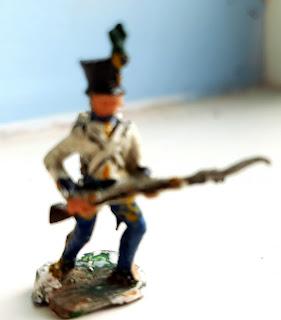 A close up of one of the figures before his bleach bath to strip the layers of paint and varnish.  I had an interesting painting style back in the early 70s. I was about 14/15 at the time. 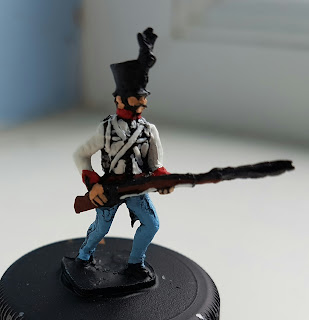 I have used a black undercoat. I then use off white paint leaving black around the belts etc. I will tidy up the black with acrylic ink and then finish with a full white as a highlight. 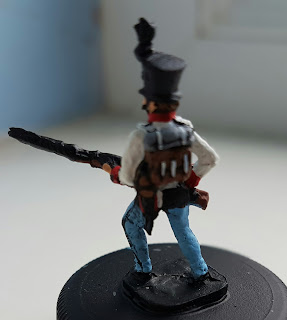 As you may have realised from last few posts I have started work on renovating my small collection of Hinton Hunt original figures.

Being a typical wargame I wanted more figures. After all I needed cavalry and few more infantry would not go amiss. Well it just so happens that John Cunningham does a few recast HH figures.

The first batch have arrived and rather fine fellows they are too.

John does a lot of different classic ranges and if you are interested why not drop him a line to cunnjoh@aol.com

This morning I flicked through my old copies of Miniature Warfare mag and found some images of Hinton Hunt figures. 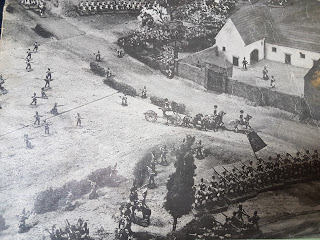 This picture is from the cover of the 1970 issue and shows Peter Gilder collection. The picture is titled 'View from behind the Sand Pit to the left of Haye Sainte'. As youngster this was pretty inspirational and even today looks pretty good. 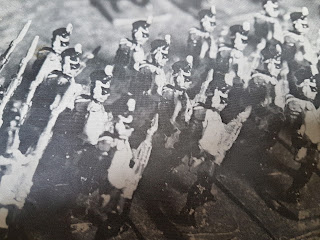 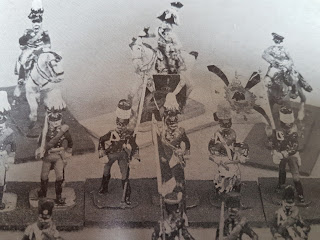 These are all Prussians. I have ordered some Prussians from John C to see if I can replicate these classic images. 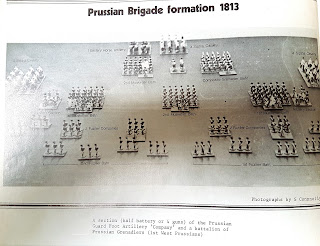 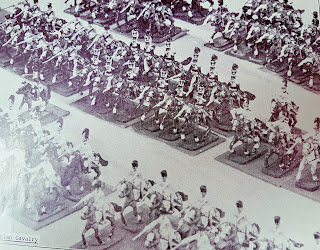 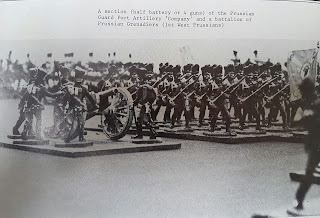 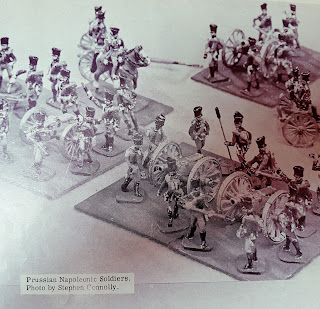 If you are interested in seeing more Hinton Hunt figures then I recommend you peruse the following blogs:-

Next I will review classic rules for gaming the Napoleonic Wars.

Also I hope to be able to complete the renovation of 12 Austro-Hungarian Infantry in the next week.

I finished the Austrian figure this morning and applied a coat of gloss varnish. Its been a long time since I have used black ink for lining. I used off white for the coat and this has turned out well. 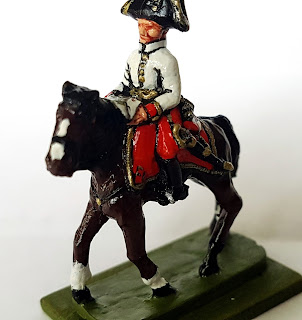 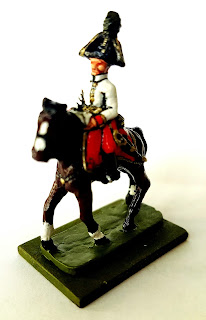 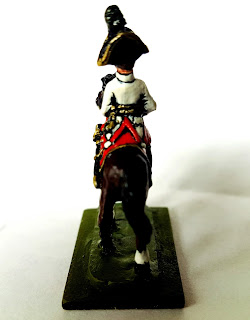 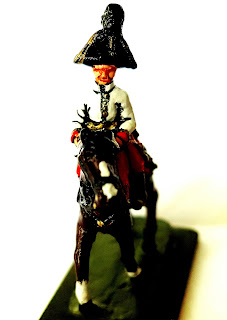 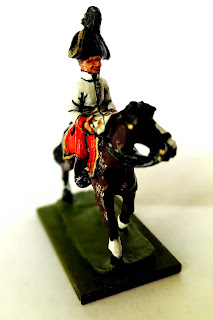 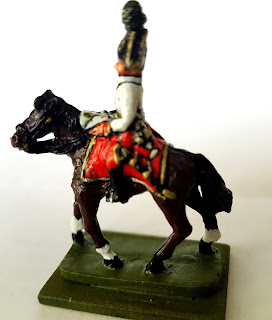 I am going to start cleaning up the rest of my Hinton Hunt/early 20mm minifigs and start renovating them.

I am going to order a few recast HH from John Cunningham to add a few more units.
Posted by Mark Dudley at 01:54 16 comments:

I seem to have been bitten by the 20mm Napoleonic bug after finding my old figures.  I decided to try a bit of renovation on a mounted Austrian Officer with map HH code AN 102). I had painted this figure over 40 years ago and my painting was rudimentary at best. 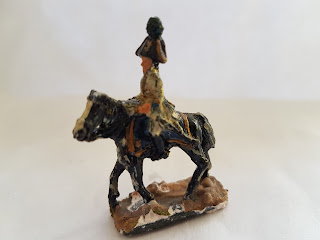 To remove the paint I used Dettol, although bleach also works. I left the figure for 24 hours before cleaning up using an old toothbrush. If using bleach then the full strength variety and leave about 8 hours. On both cases you must wear rubber clothes  gloves. 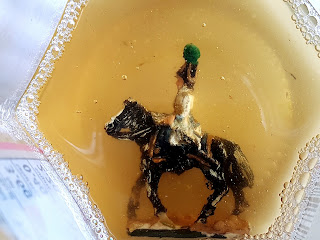 The figure once cleaned up showed up the true detail which was masked by my the thick coats of enamel paint. The figure is absolutely gorgeous and is crying out to be painted. 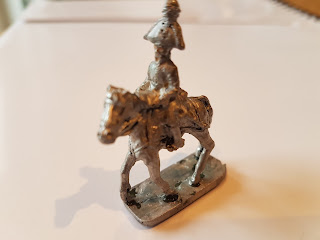 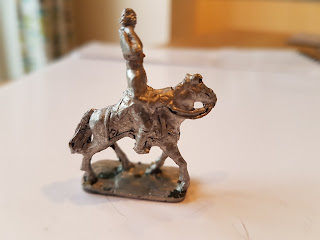 The figure is now on the painting table and I will post a picture of the finished figure in the next day or so.