Plattville Project gets under way 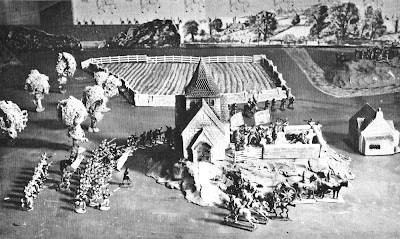 I aim to recreate this famous miniatures battle once again. Some say it was the Confederate defeat at  Plateville Valley that was the turning point of the war and not Lee failure at Gettysburg.
I plan to use Spencer Smith figures and to recreate the forces involved - this will require 6 infantry regiments  of 22 figures each, 2 cavalry regiments of 15 figures and 2 artillery batteries.  Infantry units are organised into 2 regiment brigades.
My first unit finished is the 10th Ohio. The figures have been painted in Acrylics and then given 2 coats of gloss to get the old school fell. Figures are left unbased . 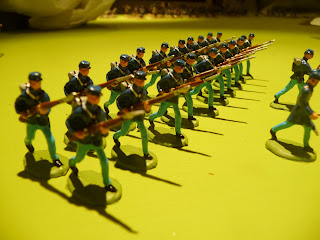 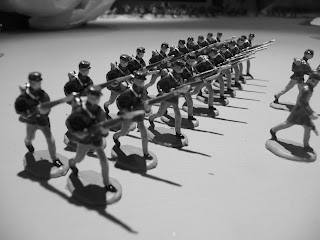 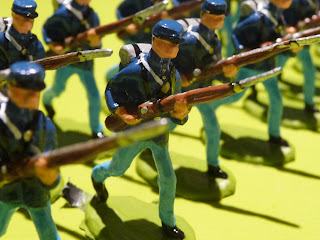 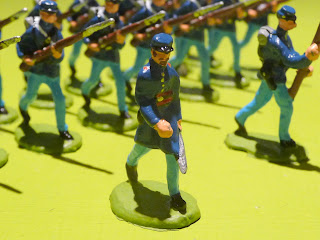