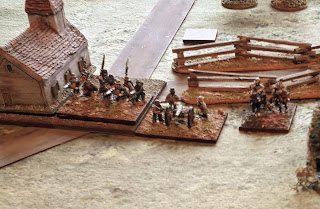 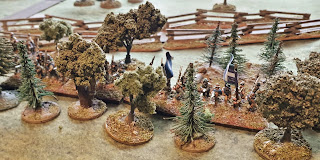 Played another playtest of DBSYW set in the war of Austrian succession loosely based on the battle of Chotusitz.

Prussian infantry and Austrian Cavalry were all rated as elite.

The Austrians have 14 elements set up on the table  and the onus is on them to attack before the Prussian reinforcements arrive.

The Prussians only have 6 elements on the table  with 7 more to arrive as reinforcements. However they have some high ground and the village of Chotusitz to defend. The Prussian cavalry is exposed with their backs to the pond. 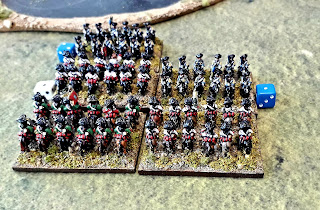 The Austrian infantry in the centre push forward and are soon trading musketry with the Prussian Infantry.

The Austrian grenadiers try to take Chotusitz but are beaten back and destroyed. The Prussian reserves have arrived and are now in supporting distance of the Infantry battle. Time is running out for the Austrians. 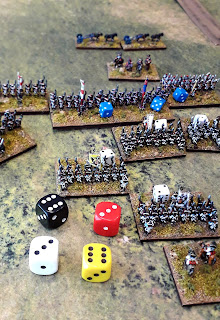