Following my last post I have been very kindly been sent some original Bellona river sections. 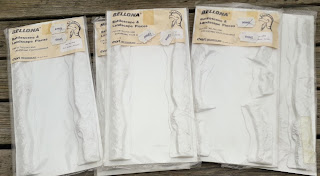 Amera Mouldings do very similar river sections in their fantasy realms range and are very similar in size.
http://www.amera.co.uk/product.php?range=f
I would like to thank J for his generosity in sending me these long out of production river sections.

Bellona made a range of terrain pieces and I owned quiet a few as a youngster. I have been looking out for some Bellona stream for a while now to go with an old Bellona bridge I have.

As I have been unable to find any I decided to have a go making my own stream sections using some Kardean  flooring I had left over from a bathroom floor.

Kardean is very easy to cut and is flexible. I made the banks using Caulk and a simple paint job and a bit of Jarvis flock finished them off. 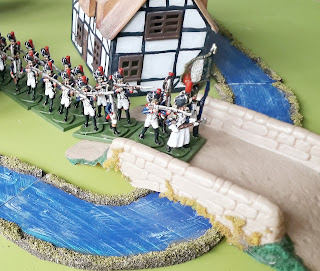 The Old Guard crossing into Belgium in June 1815.

A section of the stream painted in an appropriate gloss blue with a little dry brushing. You can see the texture of the Kardean which I think adds to the effect.