I have just finished my first Minden figures for my 30mm collection. Very nice figures and a joy to paint.  I have based these on Charles Grant Burgundy Regiment. Just need to get another 30+ figures ordered and painted to complete. 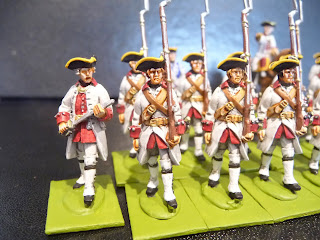 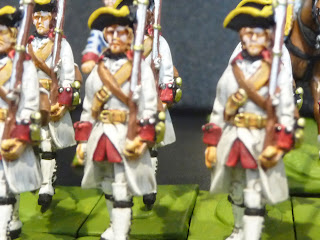 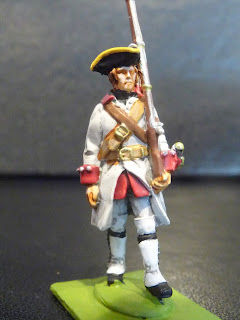 Another 'classic' battle old school battle is Mollwitz from the War Game. Over the last 2 Wednesday nights the Ilkley Old Schoolers had a fun game which ended in a Prussian victory. Again I had to raid my GNW armies to fill the ranks. 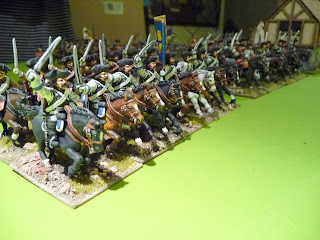 The Austrian cavalry boldly advance against their Prussian adversaries - not doubt the fact they have 6 regiments to the Prussian 3 influenced this decision. The Prussians reinforce their cavalry with 2 guns and 2 infantry regiments 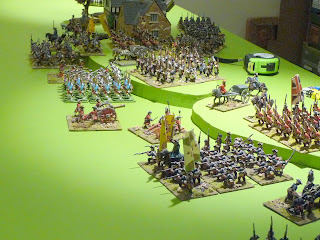 The remainder of the Prussian foot can be seen streaming past Hemsdorf heading towards the Austrian left at Gruningen. 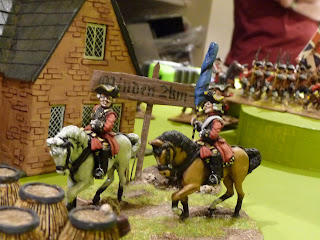 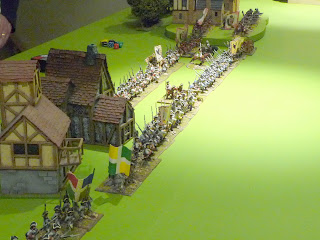 The Austrian lines quickly form across the front of Mollwitz extending to the Gruningen. 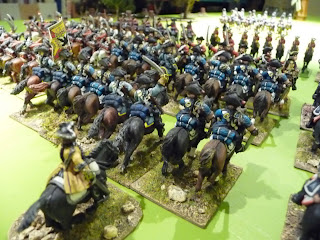 As the lines of cavalry advance both sides charge and counbter charge into a swelling mass of cavalry. 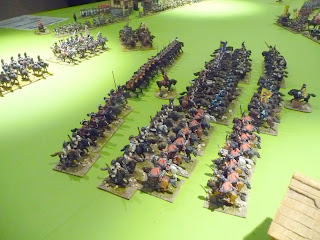 The Austrians with the greater numbers slowly push the Prussians back but the Prussian artillery is able to assist their hard pressed cavalry and with the support of from the 2 regiments of infantry are able to stop any Austrian advance on this flank. 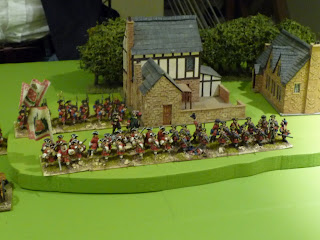 Gruningen is defended by 2 Austrian regiments who are assaulted by 4 Prussian units. And after some particularly effective close range musketry the Prussian numbers are made tell. 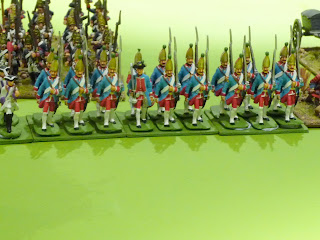 The Erbprinz are a particularly handsome sight as they advance towards the Austrian defenders. 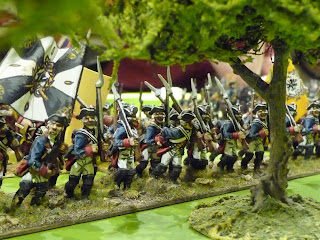 Supported by more Prussian infantry the pressure is too much for the Austrians who units begin to crack under the pressure of the sustained effective volleys of the Prussian Infantry.

With the night drawing in the Austrian decide to quit the filed covered by their still numerous cavalry.

Frederick had got his first victory

I thought I would have a go at some small scale figures so have recently bought a few of the excellent Adler 6mm SYW figures.  I have organised these as 48 figures units with 6 extra officer figures. My thoughts are to get enough to play the War Game or Charge on the kitchen table using cm instead inches and use roster sheets to mark off casualties.  Here a couple of shots of the first unit. 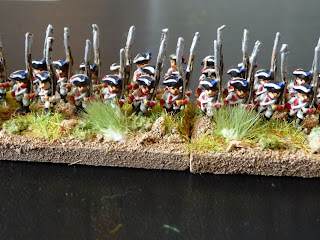 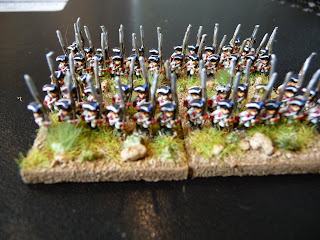