I popped over to see James R last night for a our first game of Rommel by Sam Mustafa.  James has an extensive collection of Western Desert figures and has a gridded desert cloth he uses for his Crusades games.

A general overview of the set up after the British first move. The largish 8" squares easy accommodated 3 units and did not look too crowded.  The ridge line was impassable except via the 3 passes with the Halfafa Pass being defended by Italians from the Trento Division. 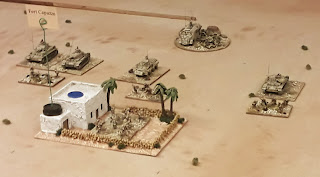 The 15th Panzer Division opens with an attack on Fort Capuzzo and after 2 attacks captures the Fort.

The British start advancing along the coast with towards Halfaya Pass and Solum, seen here defended by Italian Infantry. 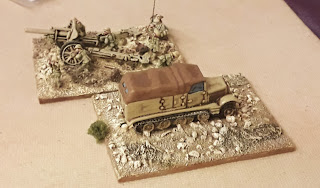 Both sides used there artillery to support on their troops. In Rommel they can add their barrage value to combats. 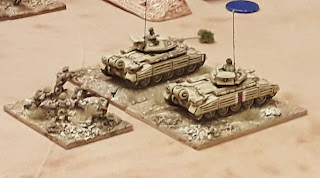 The British advance to attack the German on Hafid Ridge. This proved a tough but to crack with the extra AT gun capability and the prepared defences proved too strong in defence for the British before the German 5th Light Division arrived on their flank.

A couple of views from behind the German position.
At this point we called the game and agreed that we had learnt a lot about the rules and will reset the game and play it again next week.

I use the Charge rules for gaming with my classic Napoleonics. Yesterday I went to Vapnartak in York for my first Wargame show in 2 years. It was busy however there was sufficient space as there were no large demo games or the bring and buy.

The show was predominantly a trader show. I has gone along to catch up with LAOW forum members with nothing much on my shopping list other than some MDF bases.

Well I was pleasantly surprised to find an old copy of the Athena Charge booklet for the principle sum of three pounds. 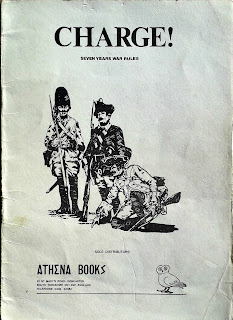 This is a slimmed down version of the full Charge rules using smaller units and half scale measurements and was published in 1981.
On the back page there is useful play sheet. 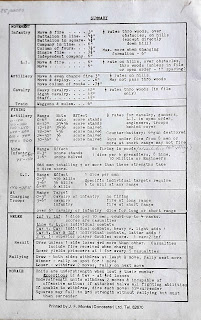 However what is most useful are the Napoleonic amendments and I am  pleased to have copy of these. 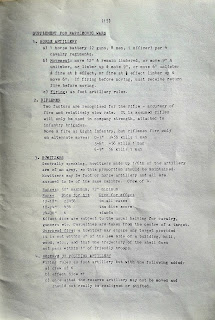 On other matters I have almost finished rebasing my 15mm North Africa collection. Italian tanks, artillery and Bersaglieri motorcycles are now done. 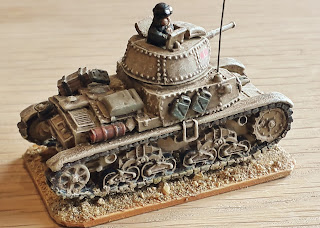 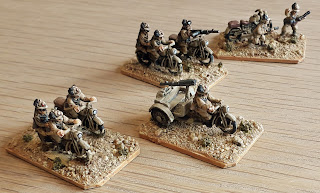 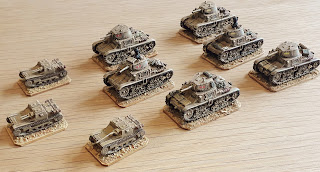