Making slow progress. Hopefully get these chaps finished over the weekend. The eagle eyed among you will have noticed that there are now 8 gunners. Thanks to Stryker for the extra 2 figures. 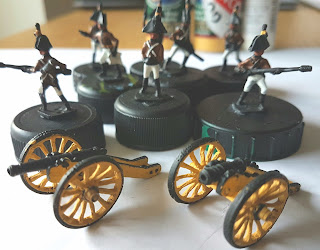 Next up I am going to refurbish a unit  of Les Higgins French Light Infantry. I have started by blocking in the blue using Humbrol 104 - Oxford Blue. 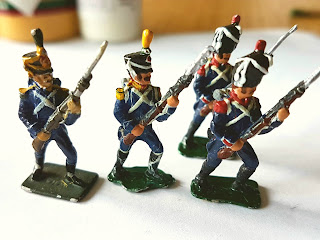 One thing I have noticed is that there are slight differences in the figures snd some have malformed bases. Could these be copies? The detail looks fine. 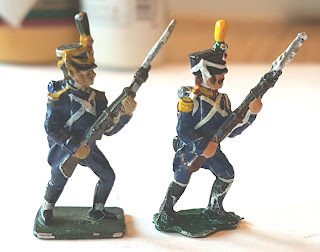 Fellow blogger Bob Kett recently sent me a parcel of classic 20mm figures as part of a figure swap.

Included in the parcel were some Alberken, Les Higgins, Garrison as well as some other interesting figures.

Firstly some Rose figures which included a few painted examples. The figures are all of normal human proportions.

There were two bags of  unpainted British Infantry and French Grenadiers. I had 4 of the Grenadier figures in my armies in the 70s which I bought from a private house in Charlton whilst on London Red Rover ticket. 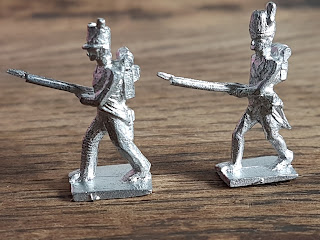 The British is a good match height wise with Hinton Hunt although slightly slimmer. 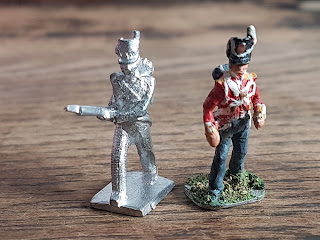 I am thinking of painting these as a Prussian Reserve unit even though they have the belgic rather than stovepipe shako. I have been influenced by Matt's rather nice unit here
http://thehintonspieler.blogspot.co.uk/2016/03/prussian-special-reserve-3.html?m=1

I have added a couple of Hinton Hunt British and Prussian command to bring the unit up to strength for Marshal and Muskets.

Secondly there were 12 Scruby British Light Dragoons. I don't know if these are original figures or more recent castings. 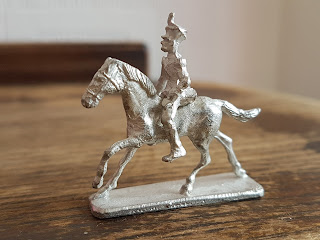 Size wise they are slightly smaller than a Hinton Hunt Prussian Dragoon. 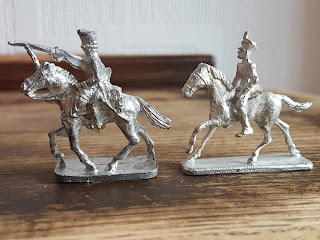 I have moved on to artillery for my next Hinton Hunt unit.  So on my painting table are 6 Austrian artillerymen and a couple of old Hinchcliffe French guns.

I started with an old model which may well have been painted as an Austrian gun by the previous owner. 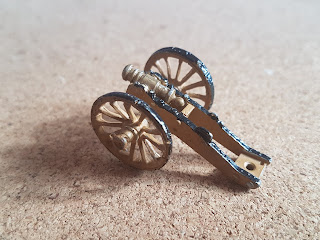 After a quick bleach dip and a bit of cleaning the model is ready for a black  undercoat. (I use Halfords Matt black primer) 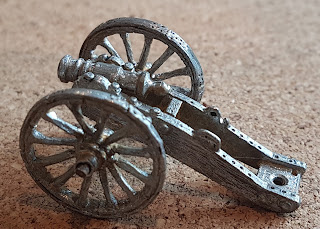 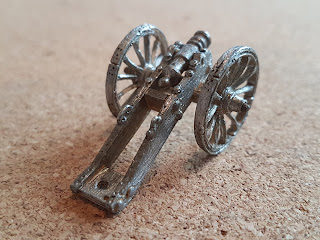 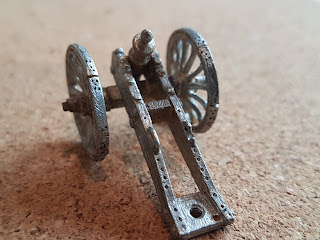 Its a rather nice model and the barrel even elevates.

The other artillery piece started disassembled in bits. 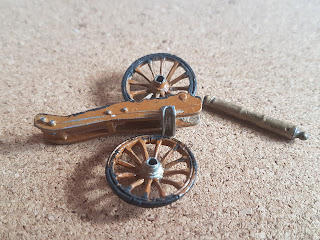 And after the dip. 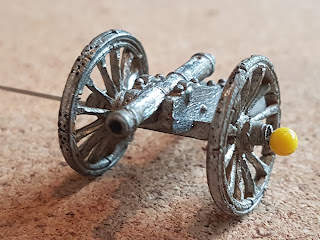 I need to cut a pin to make the axle.

I have 6 original Austrian gun crew and these are now undercoated and the leather brown applied.  I will need a further 2 figures to make up the gun crew to full strength. 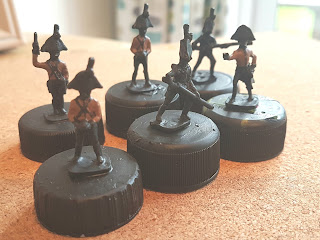 To do like this chap pointing with a map. 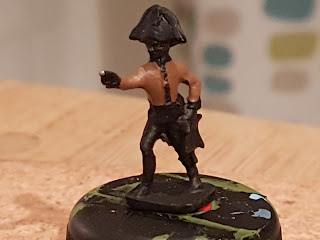 I am planning on having a small game of Muskets and Marshals soon. As my collection is embryonic I will use 16 figures for Infantry units but let each 4 figure base represent 6 so they will fight as 24 figures. For cavalry each figure will represent 2 so a 6 figure unit will fight as 12.

It will be a hodge pooch sort if game with British, French, Poles, Nassauers, Prussian, Portuguese and Austrian on the table.  Reminds me of my games as youngster.

I got up early this morning to get a some varnish on my Lutzowers.

I really like the gloss finish as this reflects the light making the colours pop even on these black uniformed Lutzowers.

The photos below show the glossed figure and the unvarnished matt finish. I know which one I prefer. 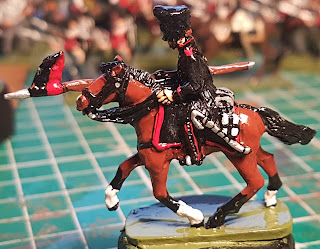 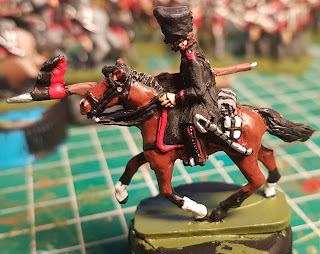 In other news I visited my local model railway shop, Frizzinghall Models and Railways, which has recently moved to Baildon.

I came away with a Dapol Cottage as every gamer should have one. My old Airfix version had disappeared many years ago. 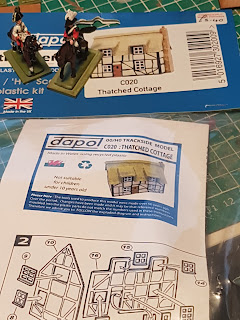 The shop also sells a wide range of bits and pieces including some thin plasti card. I bought some to see if I could make some replacement bayonets. 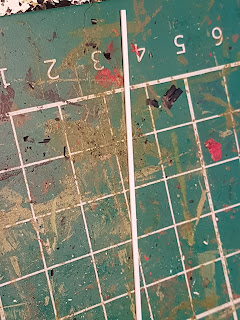 I have tried making a replacement bayonet as a trial run. I hope that the mixture of super glue and pva will provide a strong enough bond. If not I may have to try the old classic glue - Araldite.

The bayonet looks OK the test figure on the left and compares well with the original on the figure on the right. I will do a stress test later today. 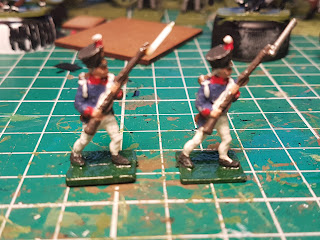 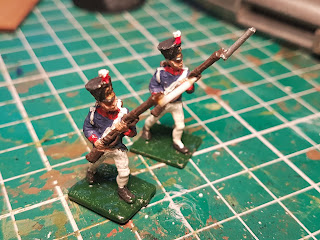