It's been a while since my classic Napoleonics have had an outing so I got them out and played a quick solo DBN game using the Plancenoit scenario from DBNwargaming. 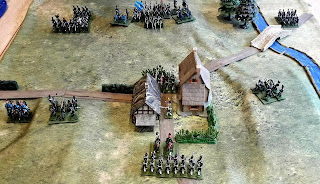 The Prussians opened the game with some effective counter battery fire with the first shot causing 2 hits and a shaken status on one of the French guns. Both French guns were destroyed by the end of turn 3. 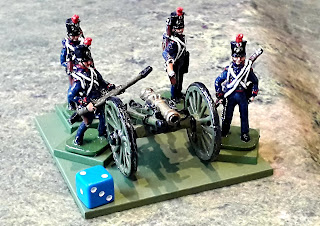 With the French artillery destroyed their left wing is made up of a single unit of Hussars. 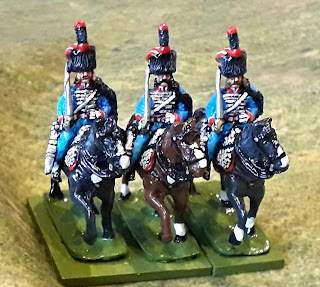 Plancenoit is defended by a unit of Alberken infantry. A detachment defends the cottage which represents the church. 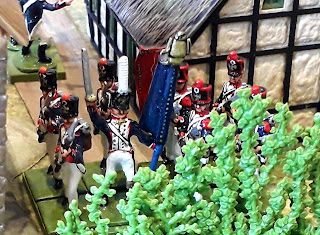 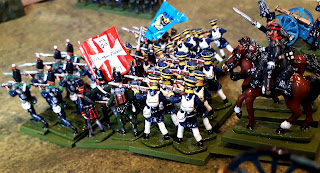 On turn 6 the Young Guard reinforcements arrive and use a good CAP throw and STMs (Strategic Moves) to quickly reach Plancenoit. 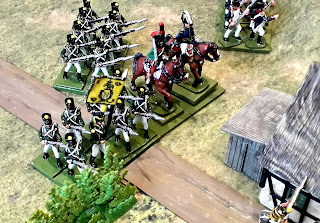 Its turn 9 and the Prussians close on Plancenoit ready to launch an assault next turn. 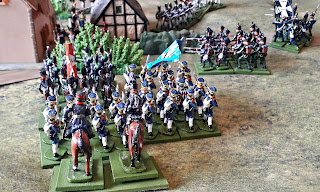 A unit of Guard arrives on Turn 9 and moves up. 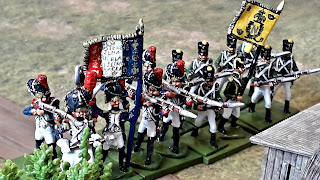 On turn 11 the Prussian assault goes in. The first column fails to break in. The second is however successful and takes Plancenoit. 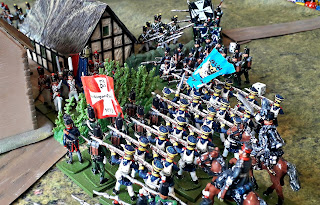 Another fun game of DBN.