I have finished my Blucher and thought it would appropriate for him to review his small, but growing, army.

So far I only have the 9th RIR and Von Lutzow Lancers but I do have 4 battalions, a dragoon regiment and 2 batteries in the painting queue. 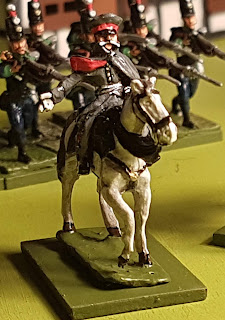 The Blucher figure is a JC recast as is his horse. I don't think is the correct horse to use for a mounted Prussian officer but its the only one I had. 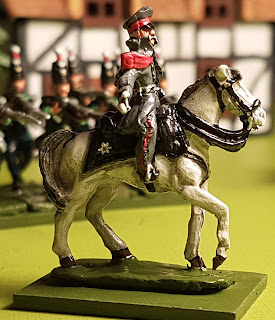 'Raise high the black flags, my children. No prisoners. No pity. I will shoot any man I see with pity in him. 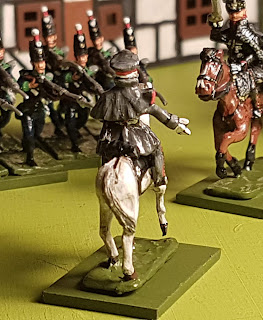 I added a bit of gold and silver bling to act as a contrast with the black uniform.  I had a bit of trouble as his head came off and I have to reinforce with a small pin. 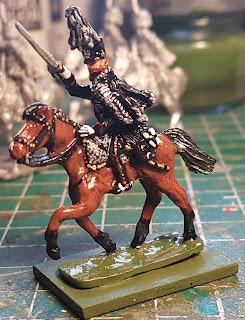 I added a small leather knapsack to help cover up the area where the the stock of the carbine had bee. 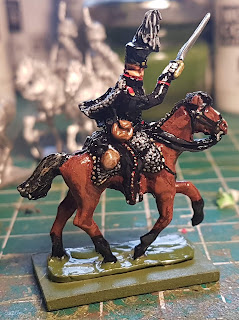 I used my pea dot effect on the sheepskin saddle cloth using 2 different shades of grey. Whilst slight cartoonist I do like the effect. I used the same effect to edge the fur on the pelisse. 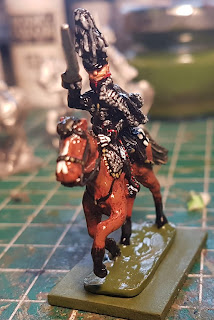