Earlier this year I bought some Baccus 6mm SYW figures as I was moving house.   My new house does not have a permanent wargame table and I wanted something smaller that I could use on a kitchen table.  6mm fits the bill nicely.
In the last few weeks I have completed 3 units.  These are organised for the War Game with 48 figure Infantry and 24 cavalry.
I painted the cavalry units using my cheap Opti Visor I bought a while back from Boyes. This made a huge difference as I could see the detail and using a fine tip paintbrush I was able to paint cleanly.
To finish of the figures off I decided to use Gloss varnish as this helped brighten the figures up as it reflects light.
First up are the Prussuan 5th Leib Cuirassier. 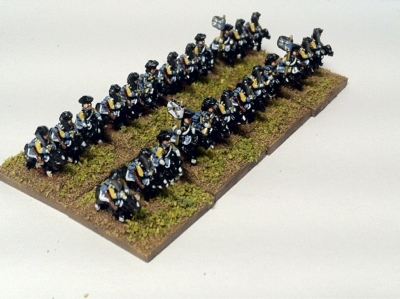 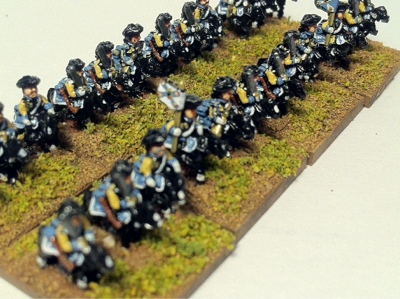 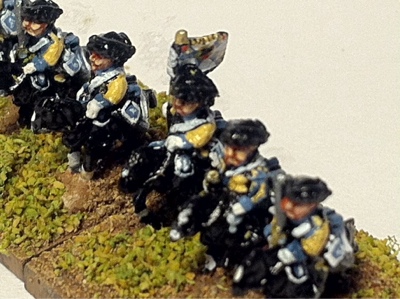 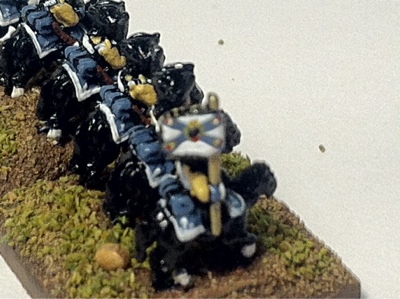 I even managed to paint the flags.
Next a unit of Austrian Cuirassier.  In the War Game ruled these will fight as 4 squadrons of 6 figures.  In this scale officer loses will be marked. These figures are based on 2cm square bases with 3 cavalry or 8 infantry figures per base.  This means that I can use the War Game rules using cms rather than inches.  I will now be able to fit such classics as Lobositz and Fontenoy on the kitchen table. All I need to do is paint up more units and get some terrain sorted. 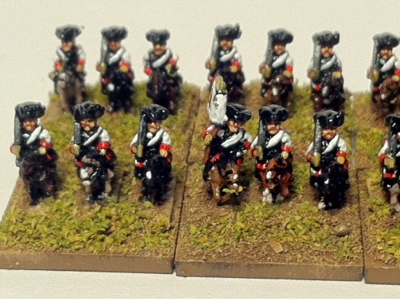 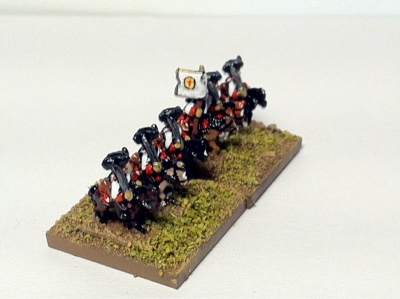 And finally we have a Prussian Infantry unit complete with flags made from images from Kronoskaf. I painted these before I got started using the Opti Visor and are not quiet as clean. 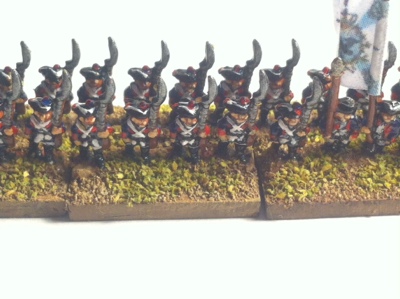