A rather late update to my blog with pictures of my game from
the recent show in Sheffield.

We put on the Battle of Plattville set in 1763 as a tribute to the founder of modern Wargaming - Donald Featherstone. The game featured Prince August figures and we used the rules from Dons book War Games, first published in 1962, with a few amendments. Being gamers we came up with more rule ideas over the weekend.

The game was fun and we all enjoyed the weekend including a nice 'Ruby' on Saturday night. 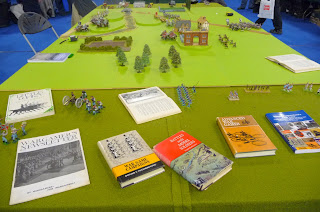 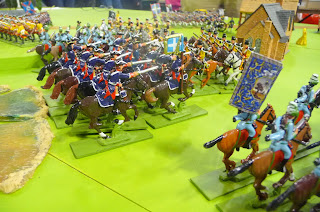 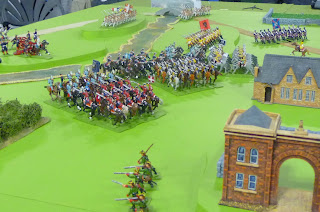 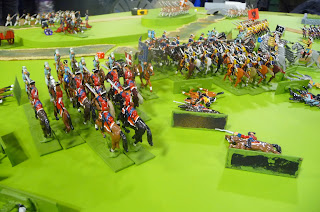 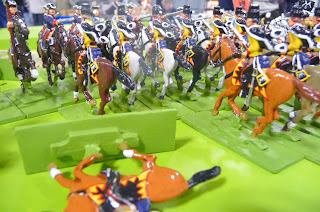 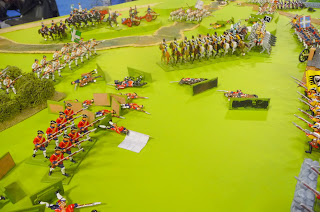 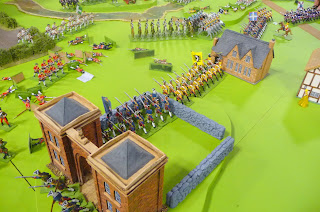 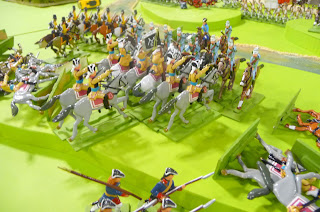 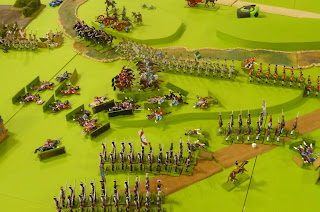