Chasseur Flanker of the Guards.

I finished the varnishing this morning of the first  12 of my Chasseur Flanker of the Guard.

For this unit I have used the Alberken/early Minfig FN16 - Line Volitigeur Advancing figure for the Rank and File.  This is one of my favourite Alberken figures.

The Chasseur Flankers are a useful addition for 1813/14 French Armies and will form part of my Young Brigade along with a unit of Alberken FN20 - Young Guard Voltigeurs. 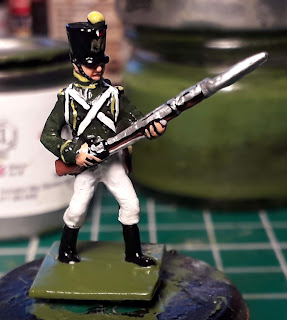 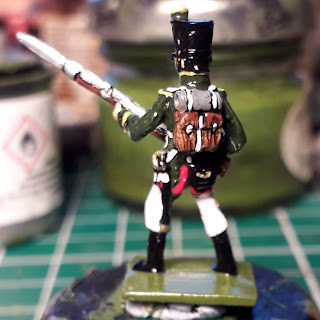 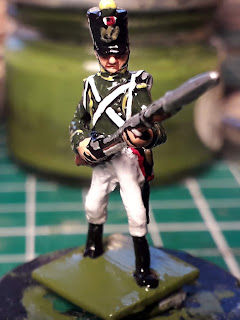 They look rather natty in Green.  I have had these figures since the early 70s and I bought them from BMW Models in Wimbledon.  I had originally painted them as Austrians.  For some reason I black lined them in yellow. 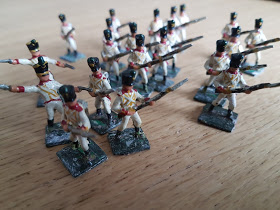 It's good to get these figures resurrected after so many years.