Over the last few months I have been painting my British and Allies.  As I only had an old Alberken Daddy Hill painted I decided I needed some extra commanders.

I have had original Hinton Hunt Wellington and Picton figures and horses in my to do pile for a while and decided it was about time they got a lick of paint. 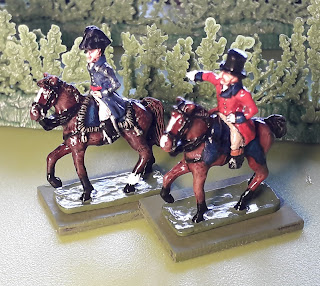 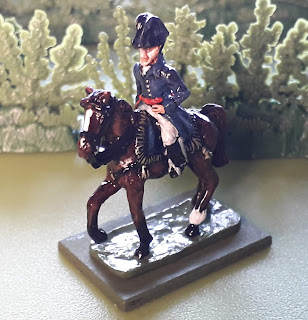 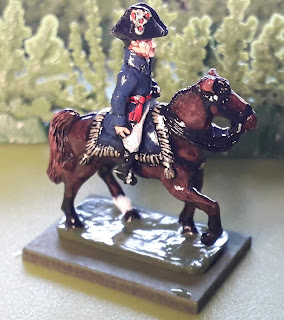 I have painted Picton in scarlet rather than black using Hinton Hunts original painting guide, which is available on Clives excellent blog, as a reference. 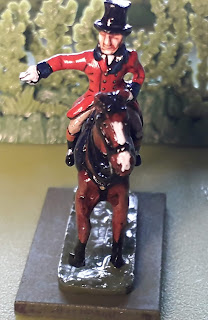 The Brunswick Ducal Corps were commonly known as the Black Brunswickers but were also known as the Schwarze Schar (Black Troop, Black Horde, or Black Host) or Schwarze Legion (Black Legion). 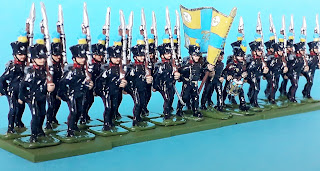 Most units in the Corps were dressed in Black and I have completed a paint rennovation unit on a unit of Austrians as the 1st Line Infantry. 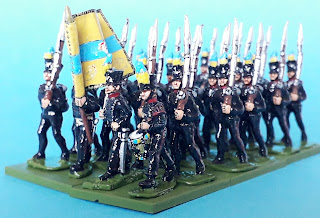 The Black Brunswickers earned a fearsome reputation during the Napoleonic wars and took part in several significant battles including the Waterloo campaign and Quartre Bras on 16 June 1815, where the Duke of Brunswick was a fatality wounded. 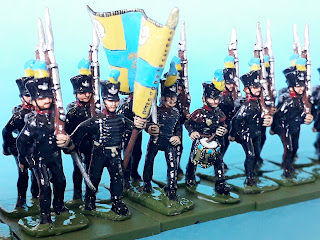 The flag is hand painted on a old metal coke can.  I found the yellow hard to do using Acyrlic paint as it took multiple coats and has not covered evenly. Perhaps I need to invest in some Humbrol enamel paint for my flags for the main colours.

The Brunswickers will be brigaded with my Nassau Battalion.

I have a unit, of what looks like original, Hinton Hunt Brunswick Hussars in a bleach bath at the moment so you can expect to see some more Men in Black soon. 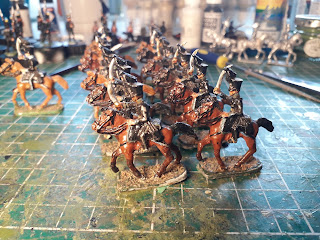 Currently on the painting table are the Duke of Wellington and General Picton as well a paint renovation of 12 old Douglas French Voltigeurs
Posted by Mark Dudley at 05:22 12 comments: