A short report of the action at Fontenoy played using the Charles Grant rules from the War Game.
Infantry units consisted of  36 figures and light infantry 18 figures. Cavalry have 16 Sabres per regiment.  I do  not use separate officer figures instead their casualties are marked using a D6 at the rear of the unit. 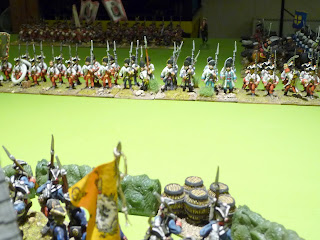 Hungarian Infantry launch an attack on Fontenoy. They are racked by musketry and artillery fire. 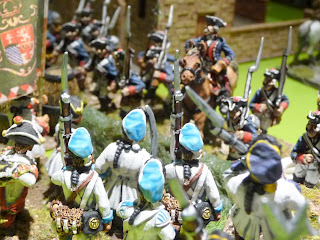 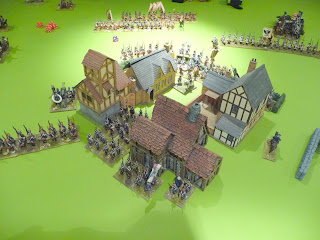 As the assault goes in French reserves are rushed into support the defenders. Additional Allied units can be seen moving up to support the Hungarians. 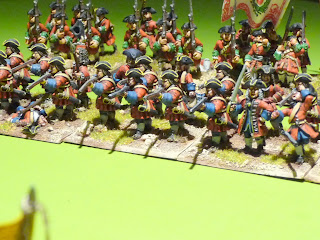 Fresh Allied infantry advancing into the Fontenoy Maelstrom. These are in fact GNW Saxons 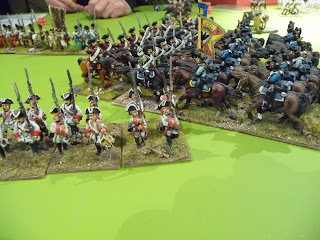 To relieve pressure on Fontenoy the French Cavalry launch a holding attack. After a drawn out melee both sides with withdraw exhausted to rally. 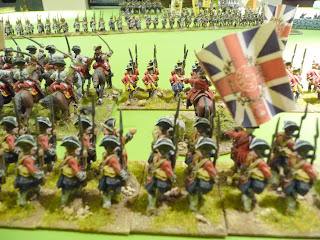 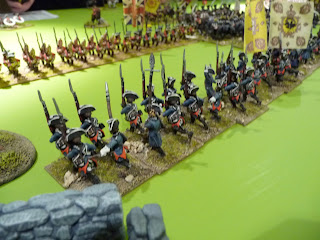 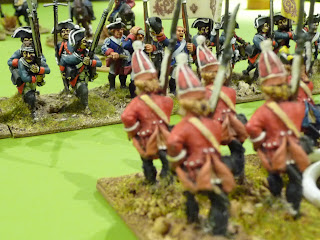 The British continue to advance with range closing the volleys become more deadly. The French also pour canister into the tight British ranks. The British pass one morale check, but with 3 officers down they fail the second one and retreat. 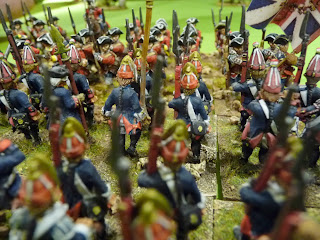 In one final effort the British launch one last attack. But after a short melee the attack is halted and the British retire.
A hard fought fun game that is certainly a challenge for the Allied players.
Posted by Mark Dudley at 08:00 9 comments:

Battle of Fontenoy - the set up

Its been a while since I played the Battle of Fontenoy.  In fact I last played its was in 1975 on my mothers white carpet using hordes of unpainted Spencer Smith figures. My brother played the Allies and I the French. It was one of my most handsome victories.

Anyway fast forward to 2011 - some 36 year later and the battle is back on.  We are going to use the War Game, using the copy of the book I received as a Christmas present in 1971 - and still in good condition. 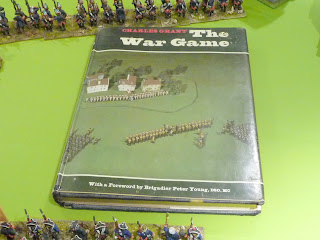 I am using a range of different Tricorn types including SYW, GNW as well as some of my old school 30mm figures. I used Wargaming in History - Volume 2, by Messrs Grant and Olley , for the set up. My units are 36 men for Infantry and 16 for Cavalry. 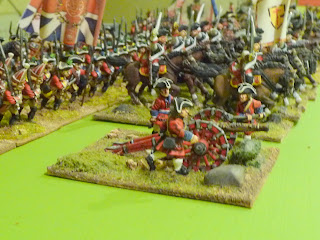 The Allied centre advances through the early morning mist. Cavalry and man handled artillery leading the way.  The Artillery is from my GNW Russian collection. 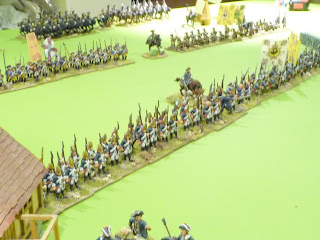 I have very few French figures so my SYW Prussians make up the bulk of the French army.  ﻿Here the ranks of infantry supported by cavalry make up the French centre. 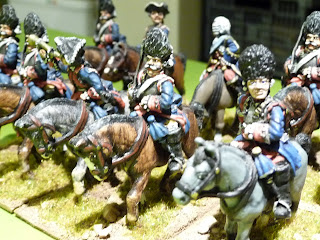 French Cavalry deployed in reserve. In all the French have 3 heavy and 1 light cavalry regiments﻿ 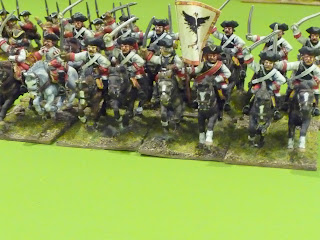 The Allied centre is lead on to the field by Heavy Austrian Cavalry. Front Rank figures 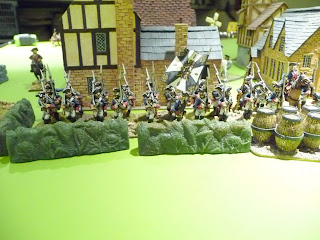 The  village Fontenoy is well defended by French Infantry - in this case a unit of Prussians from the excellent Elite range. 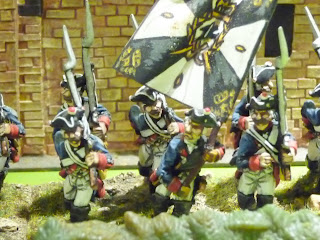 A close up of the defenders.
﻿ 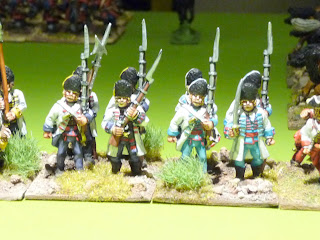 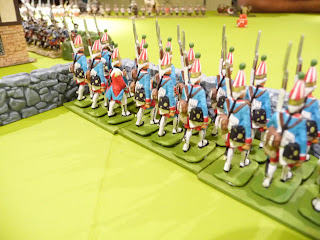 Between Fontenoy and Antoing the French have to redoubts. The first is defended by 18 figures from the Erbprinz, Stuck to cardboard bases for this game using blue tack.  ﻿ 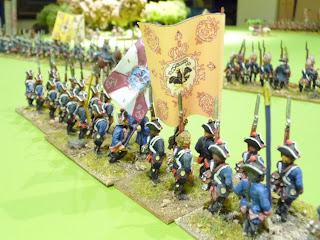 And finally the French second line with the Bois de Barry (Lyndon) in the distance.