I have belatedly had time to update my blog with photos of our recent game at Triples.  The game featured figures from four collections and certainly looked impressive on the table.  The terrain boards and scenery are I think in keeping with the Old School theme and certainly we received a lot of good feedback on the game which seemed to hit a certain resonance with the public.

We played the War Game rules with one to two house modifications, particularly around cavalry melees.  The players had only limited experience with the rules but after a few turns all found the game mechanics easy to play and they had fun playing the game.

Overall the game was declared an Austrian victory with the Prussian Cavalry being out performed on both wings which sealed the fate of the Prussian Infantry in the centre.

I spent most of the time discussing the game, rules and figures with the public and I would not be surprised if Prince August do not get a few orders for moulds as a result.

Here are a few pictures to give you a taster of the game.  I hope to put on another game in the future. 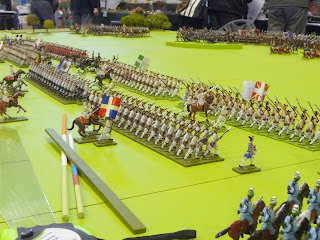 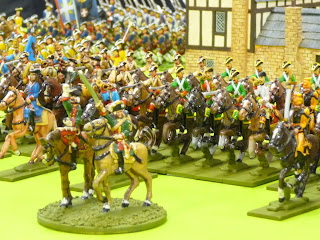 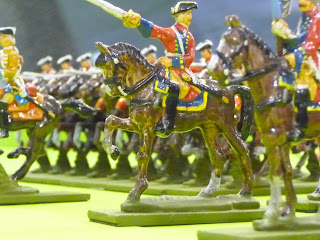 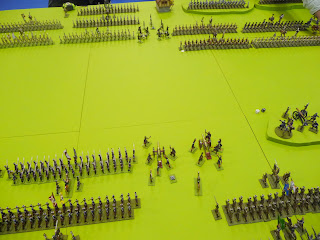 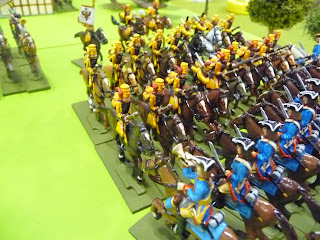 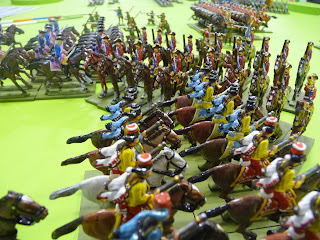 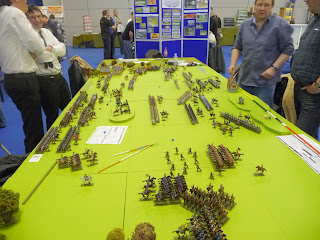 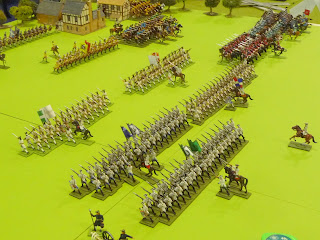 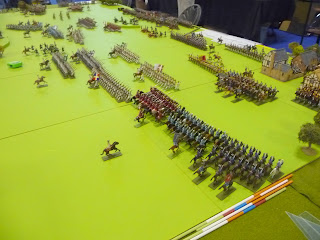 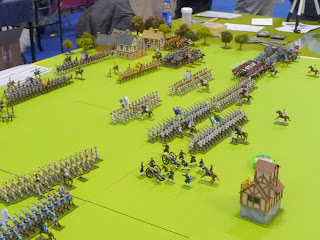 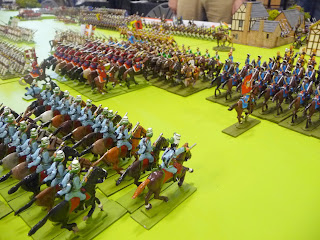 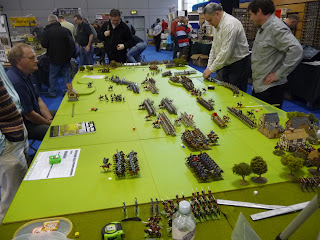 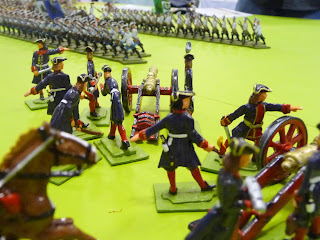 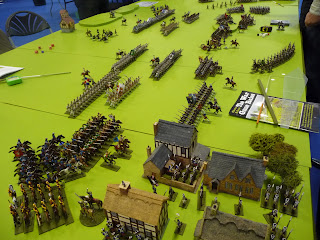 I have recently recruited some extra gunners to bring my artillery up to full strength ready for our big game at Triples next week. 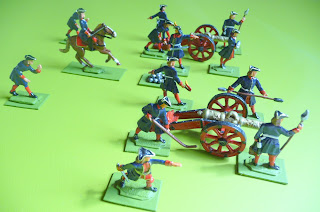 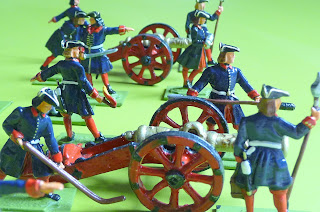 The Electorate of  Fusrtenburg-Lederhosen have not only been bought up to strength but have also had the artillery re painted in a natty black which complements nicely their blue coats. 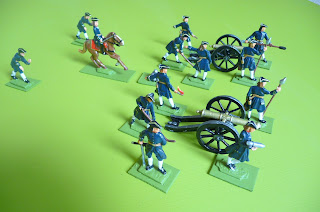 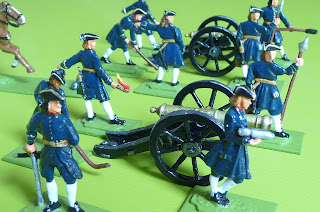