I have got my first order of German Zinnfiguren delivered this week and was really pleased with the figures I got.  We some trepidation I painted up the first 6 figures of my Erbprinz unit based on Peter Youngs unit in  Charge.

I used acrylics paint and inks and have used a layed highlight as I would 28mm full rounds figures.  Highlighting to create depth is the key to making these figures really pop out.

The first 2 photos show the figures unbased and the final 2 attached to simple terrained bases. I have made the bases thicker than normal so that they can be easily picked without damaging the figures.

The figures are from Fechner who figures are a good price and has the advantage of taking Paypal. Postage was 6.50 euro to the UK 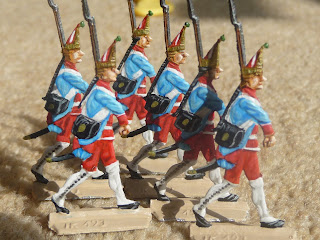 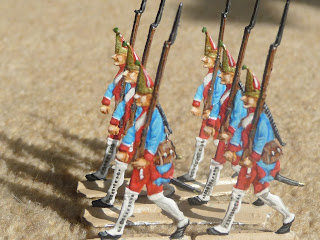 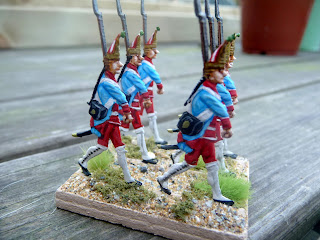 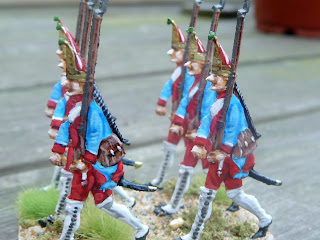 Canister Cone for the War Game

I have just got the first prototype of a Canister Cone for the War Game made by a local artisan.  This has been designed around the dimensions confirmed in the new consolidated version of the War Game rules out in April.

If there is anyone who needs one of these devices then I can get them made for 3 Guineas (or 63/- (shillings) if you prefer) although £ 3 for cash will also work. 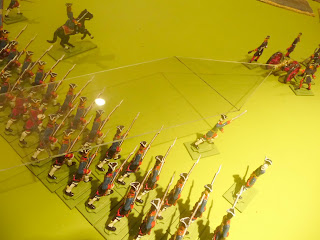 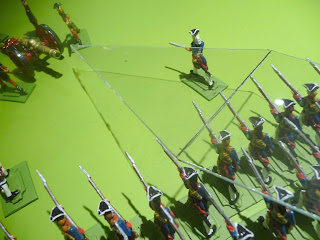 The photo below shows what can be achieved.

This photo and more can be found at  http://www.zinnfigurenfreunde-leipzig.de/g13.htm