The plan to put on a large demo game of the Battle of Fontenoy using over 1000 Prince August Figures gathers pace. 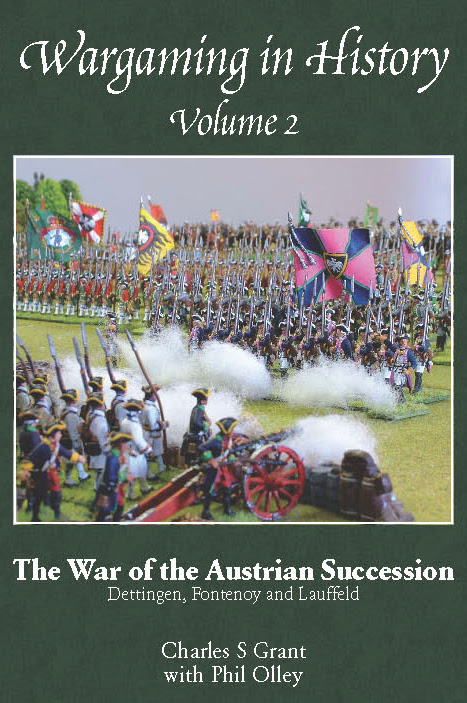 And hopefully we will have a copy or 2 of the new one volume edition of the War Game rules which is due out shortly. This will be a compete set of rules, and hopefully answer some of the question gamers have raised over the years.  The book is expected to be 56 pages and will have the normal quality pictures and quick play sheets.

We have confirmed  that we should have 22 Infantry units and at least 8 cavalry units plus artillery on the table.

Cavalry units will have 18 troopers and 3 Officers

As a change from seeing pictures of my collection here are some from Steve Metheringham and friends collections that will be used along with my figures in the game.

This is going to be good. 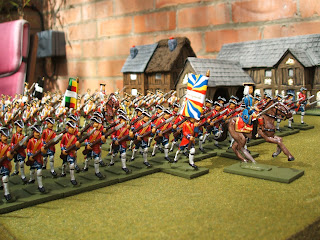 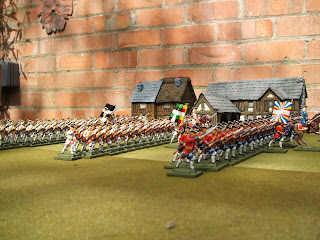 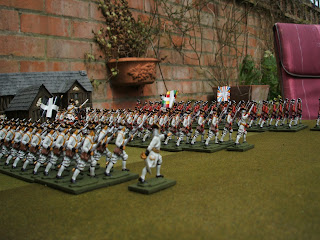 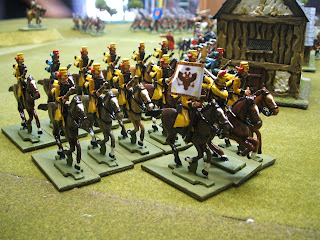 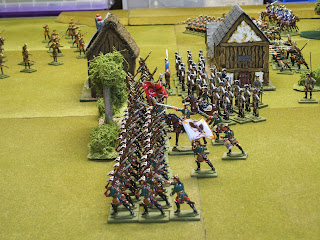 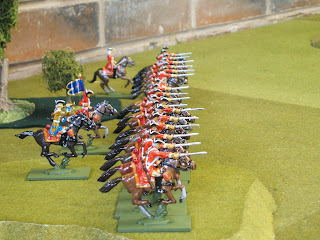 Brianne, You may call me Mistressyness said...

Just beautiful! I so love these figures, It makes me excited to fire up my lead pot and make myself some more of them!!

I've been active on-and-off in this hobby for decades, but whenever someone says 'miniature wargames', images like these are the first thing that pops into my head! I can't wait to see all the action!

Will look splendid as always

What a wonderful display of military pageantry!