Inspired by Jim Purkeys recent Battle of Mollwitz game on his blog I decided to set up my own Imaginations version. I have also been intending to give Jims SYW rules a whirl and this seemed an ideal opportunity to try them out.
I used a figures scale 1 figure equally 100 men or thereabouts. This gave the Prussians 8 units of  Infantry and 4 Cavalry. The Austrians have  5 Infantry and 8 Cavalry.
It's late 1740 and the Elector of Furstenburg-Lederhosen has decided that he wants to give his citizens a Christmas party and he needs large quantities of Streitzel. In order to met this demand he decides to invade the neigbouring territory of Milesia and capture the town of Stollenwitz.
The Duchy of Lorraine decides to comes to the Milesian aid and despatches a force to defend Stollenwitz. The scene is set and my Prince August figures have been arrayed for battle.
I used a couple of old whitish blankets to provide the terrain.  The pictures show the game all set up to go.  I am planning to play the game solo however my son Max may play a few turns. 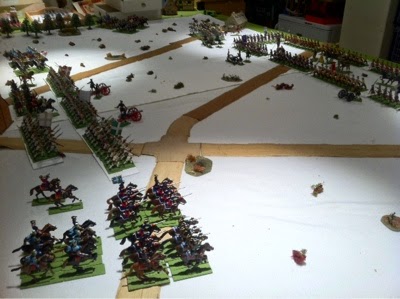 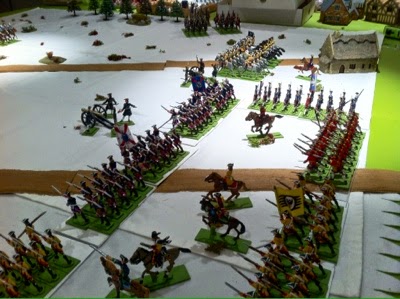 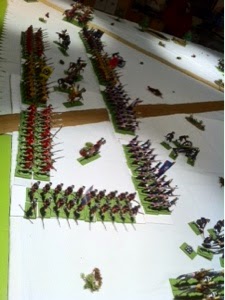 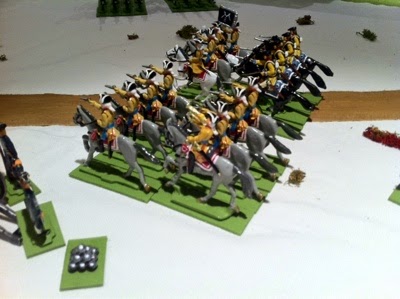 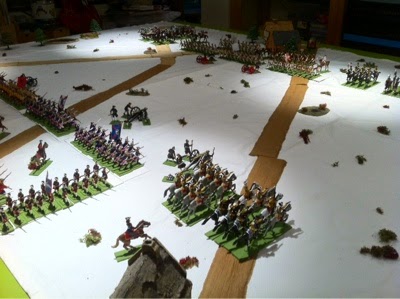 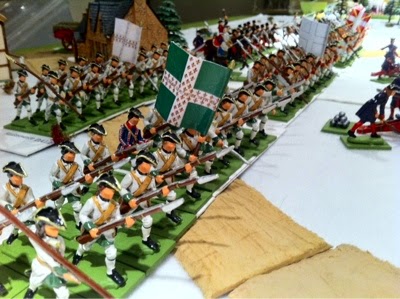 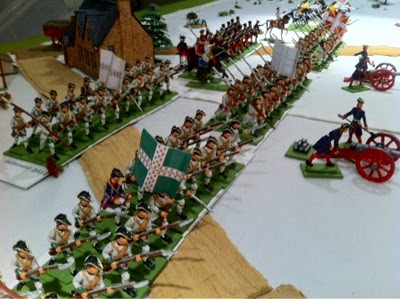 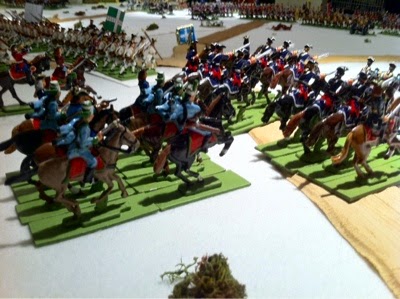 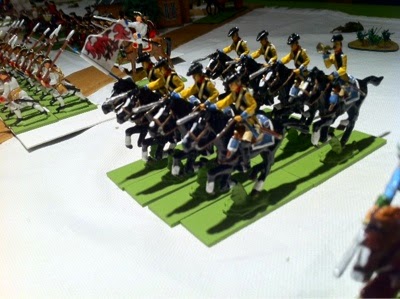 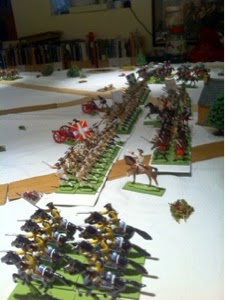 Alawys wonderful to see your forces out and about the table top. Jims Mollwitz game is inspiration enough for any 17thC fan.

How did the rules play ? , Tony

I really like the Prince August cavalry figures because their poses are so dynamic. Nice looking game setup.

I have not yet played the game but I will post a report once I have done so.