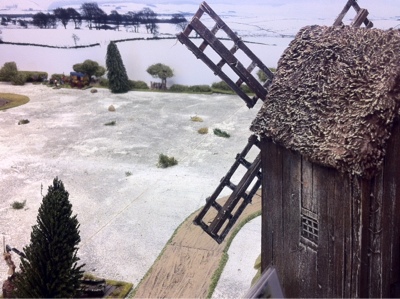 The Battlefield is snowy (I do like model railway back drop). Looks cold. 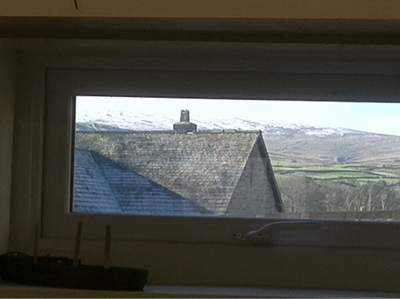 Outside there was snow on the hills which added to the attmosphere. 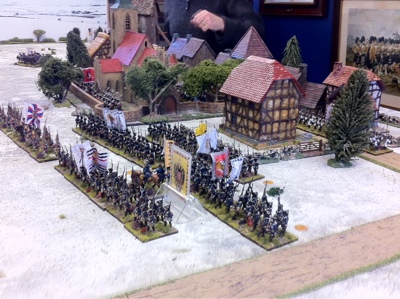 The battles opens with the Reichs Armee units retreating in disarray. 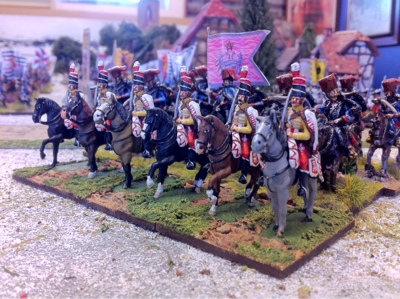 A unit of Austrain Hussars bravely, some would say foolhardy, advance to cover the Reichs Armee retreat. 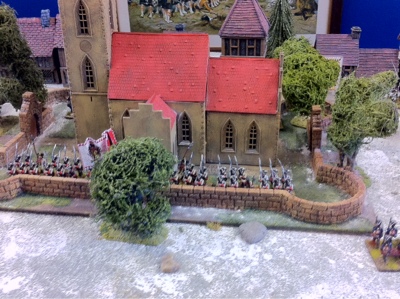 The church, defended by the Rot  Wurzburg. 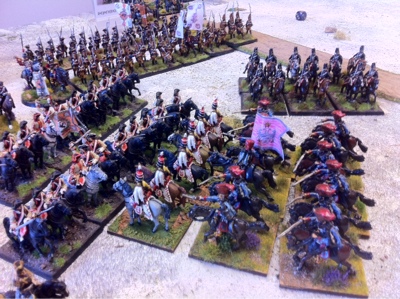 Charge - the Austrian Hussars throw themselves at a unit of Prussian Cuirassier. Although they lost the Melee they did slow down the Prussian Cavalry. 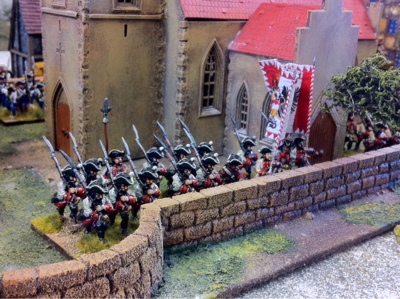 The Rot Wurzburg look the part. So much so that the Prussians spent the whole game avoiding them and instead throw a few long range artillery shots into the church. 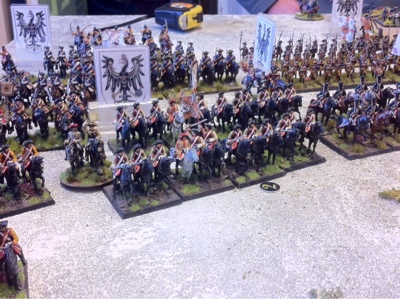 The Prussian advance gets on track. I am sure that every unit was classed as superior. 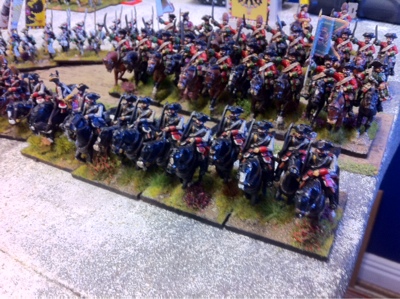 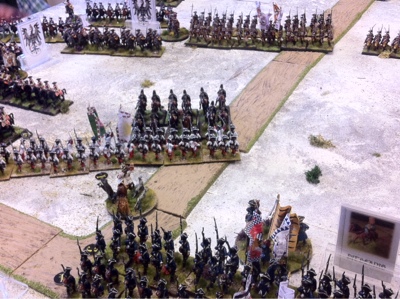 A scene of the early moves showing Von Jarvies attacks on my poor Austrisn Infantry. 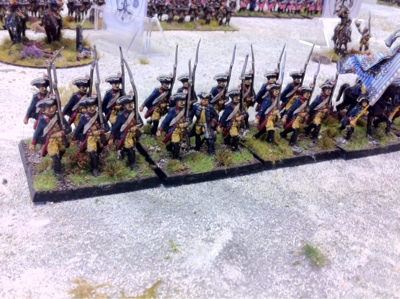 Whilst the Austrisn left wing cavalry were able to stem the Prussian Cavalry there was little we could do against the  Prussian Infantry who superiority ground down the Reichs Armee and Austrian Infantry. 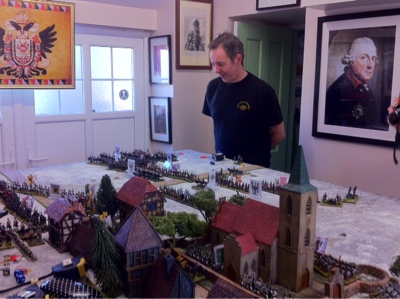 Der Jung Wellington (aka Dave - brush for hire) started the day slowly but picked up speed after an excellent lunch. 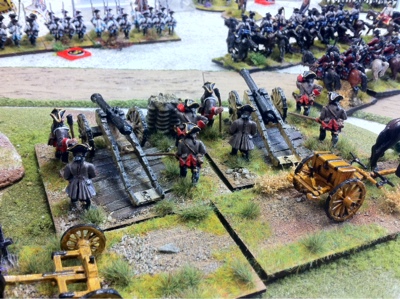 Boom, boom  Austrian artillery opens up. Robbie commanded the Austrian right wing. I was soo engrossed in my own battle that I had little idea of what he was up to.  I do know he lost a few Austrian generals as casualties. 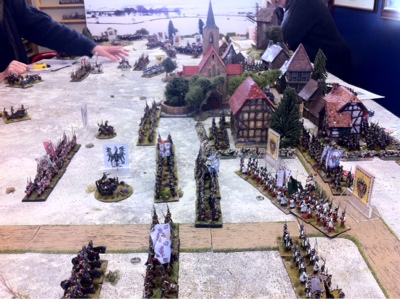 The end is nigh as Prussian Infamtry demolish all before them.
All in all a thoroughly good day out with good company, great gaming and nice soup for lunch.
Posted by Mark Dudley at 14:06

Agreed! And a stunning set-up.

Thanks Mark. It was a great game and I'm glad you enjoyed the game and the soup.

Will hopefully post a full report on my blog today.

Thanks for joining us for the game Mark.

Thanks for the report and pictures of a very interesting game; the table is gorgeous!