During the Waterloo campaign the 1st KGL were commanded by Major W. Robertson. 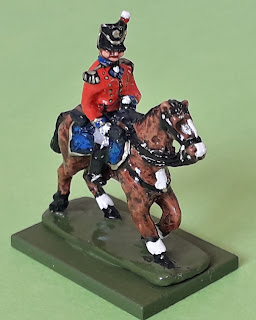 I have used an Alberken colonel to represent him and lead the 1st KGL in action. There is less detail on this figure than a Hinton Hunt personality figure. I have therefore added the detail, such as buttons, using paint. 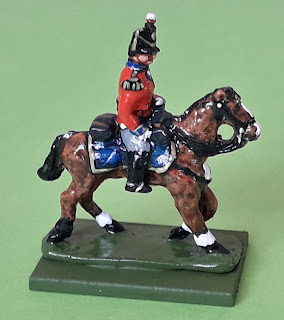 Although a less detailed figure he is a useful addition to my classic collection.

Mark, a nice paint job but that Alberken horse is a bit of a donkey Maj Robertson deserves better - one of the drawbacks of OPCs.

A lovely piece of painting Mark...