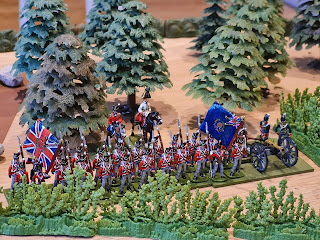 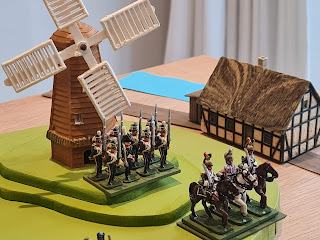 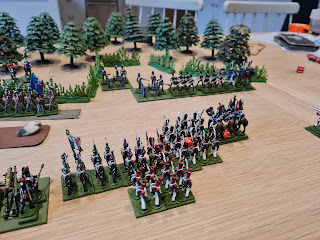 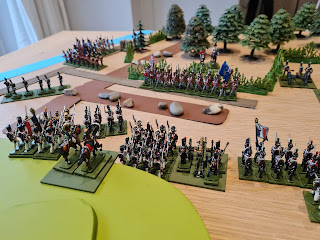 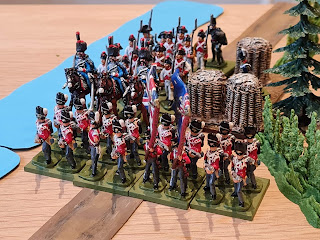 British musketry proves telling and as the volleys hit home the French lose 2 more VPs and victory goes to the British.
Another fun and closely fought game of DBN.
Posted by Mark Dudley at 13:15

A fine looking table-top - just like the previous one. Lovely figures, too!

Fantastic looking figures. They and the table remind me of my introduction to miniature wargaming so many years ago.

Great looking game! Can I ask - are you using 8 infantry figures as one DBN unit here? (And are those Tunnocks tea cakes lurking in reserve? 😀)
Colkitto

Yes - I used two bases of 4 figures as a DBN unit. The frontage was 50mm so slightly larger than the standard DBN 40mm. I did however use the standard one inch = 100 paces for measurements.

Oh man that looks great Mark! I have been resisting the urge to try DBN with the Hintons, but your example here is making that much more difficult. My main problem is that my cavalry bases are slightly wider than my infantry bases, clearly a design flaw on my part :). Inspirational stuff!