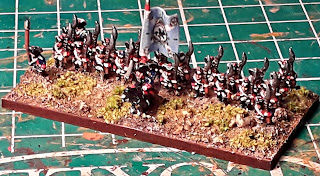 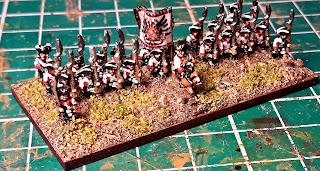 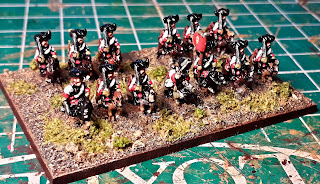 This Austrian Cuirassier unit has an extra officer added and I will probably to this fir new units as I paint them up.
Posted by Mark Dudley at 08:14

Nice bases , getting 6mm figures based right is the thing I think .

You have made these tiny little people look really nice Mark…